Do you like coffee? Do you like lattes? If you’re like most people, the answer to both questions is yes. But did you know that there’s a big difference between latte vs coffee? In this blog post, we’re going to break down the differences between coffee and lattes, so you can make an informed decision next time you’re in a café. Stay tuned!

Contents show
1 What is a Coffee?
2 How to Make a Coffee at Home
3 What is a Latte?
4 How to Make a Latte at Home
5 Latte vs Coffee, The Main Differences
6 Latte And Coffee, The Main Similarities
7 What’s the Difference Between a Latte and an Iced Coffee?
8 FAQs
8.1 Q. Which is Stronger: Coffee Or Latte?
8.2 Q. Which Has More Calories?
8.3 Q. Can Latte Be Made With Decaf Espresso?
8.4 Q. Can Latte Be Made Without Milk?
8.5 Q. Is Latte More Expensive Than Coffee?
8.6 Q. Are Lattes Considered Coffee?
8.7 Q. What’s Healthier: Coffee vs. Latte?
9 Latte vs Coffee – Bottom Line 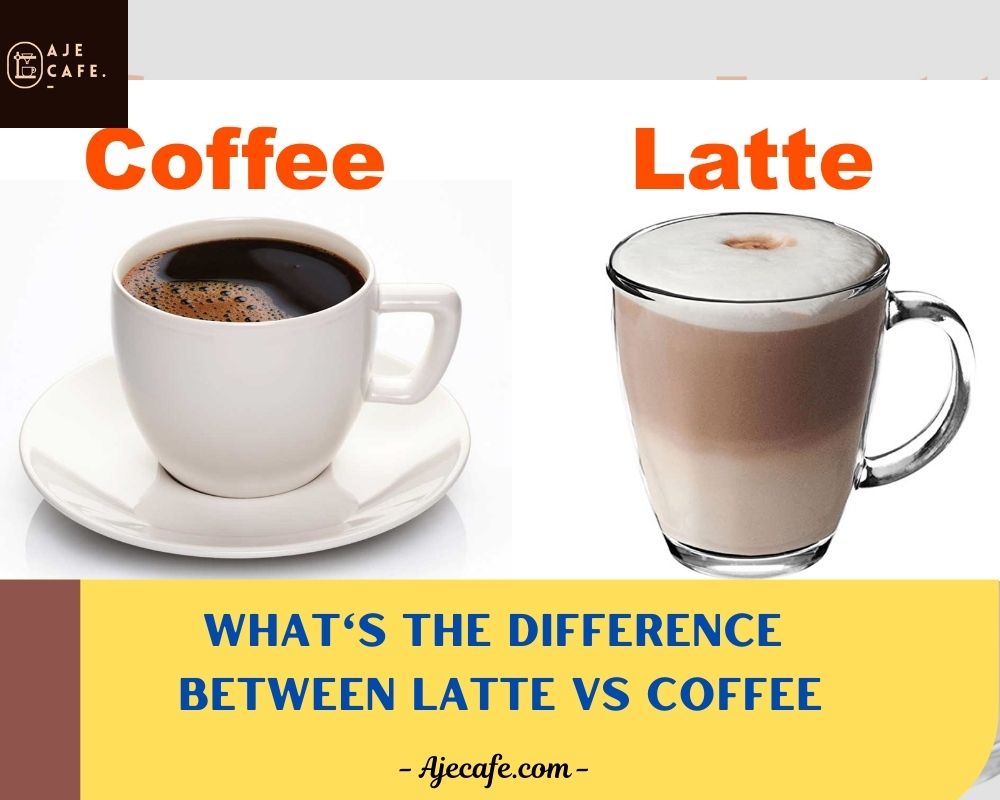 What is a Coffee? 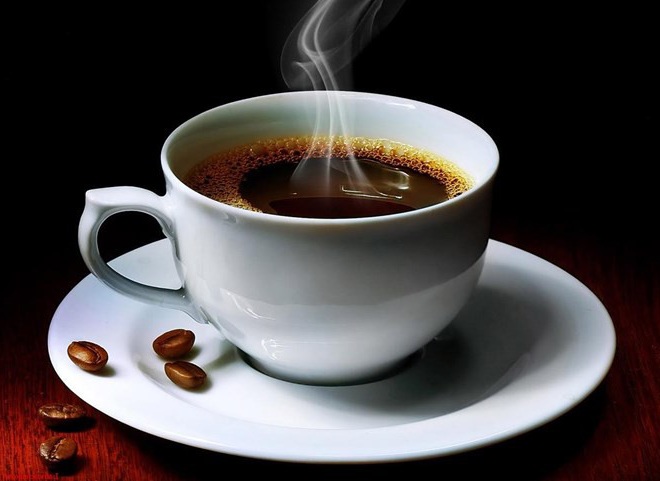 Coffee is a brewed drink prepared from roasted coffee beans, the seeds of berries from the Coffea plant. Coffea is native to tropical Africa, Madagascar, Comoros, Mauritius, and Réunion in the Indian Ocean.

The plant was exported from Africa to countries worldwide. Coffee plants are now cultivated in over 70 countries, primarily in the equatorial regions of the Americas, Southeast Asia, India, and Africa. Once ripe, coffee berries are picked, processed, and dried. Dried coffee seeds (called “beans“) are roasted in varying degrees, depending on the desired flavor. Roasted beans are ground and then brewed with near-boiling water to produce coffee as a beverage.

It is slightly acidic and can have a stimulating effect on humans because of its caffeine content. It is one of the most popular drinks in the world, and it has been linked to several health benefits, including a reduced risk of dementia and Parkinson’s disease.

The word “drip” in drip coffee refers to the method of brewing, in which hot water drips slowly over black coffee grounds, producing a strong, concentrated brew. This is in contrast to other brewing methods, such as Espresso and Americano, which produce a weaker coffee.

How to Make a Coffee at Home 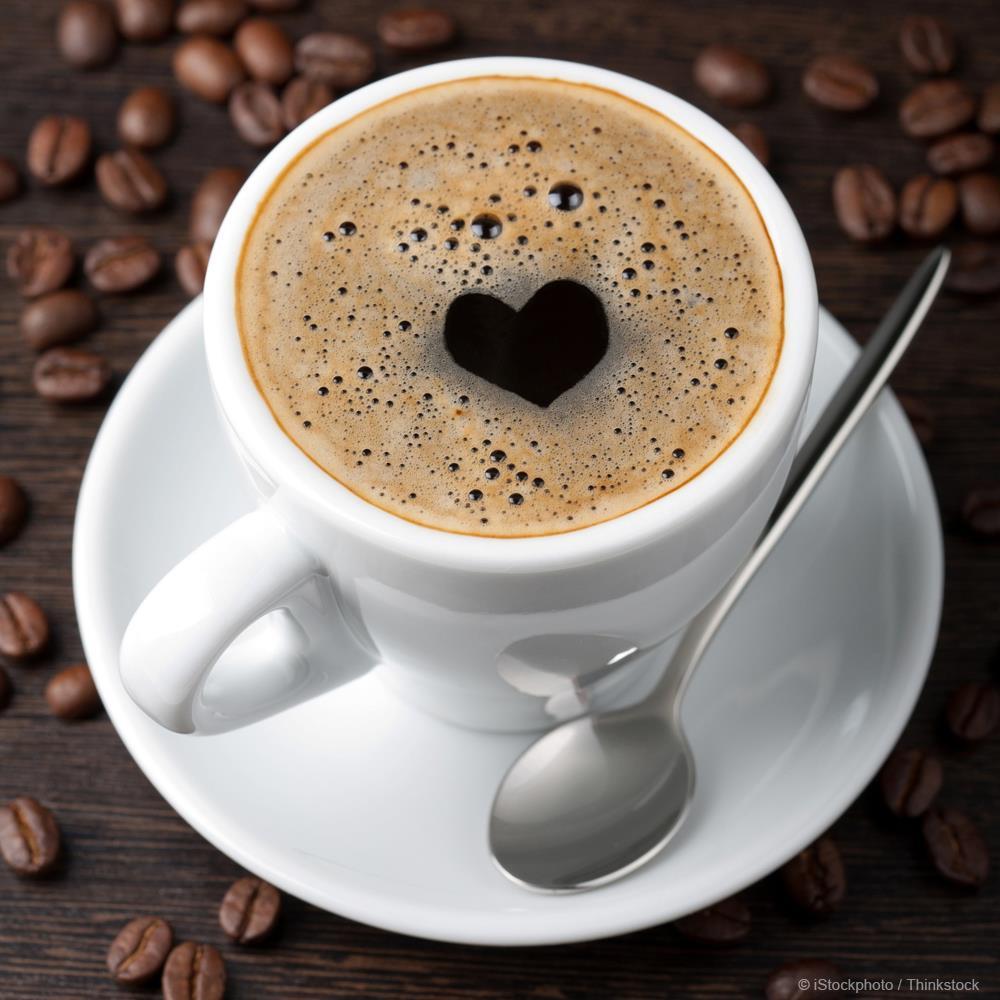 Assuming you have all the necessary supplies (coffee beans, grinder, filter, coffee maker, water), making a delicious cup of Coffee is pretty straightforward.

What is a Latte? 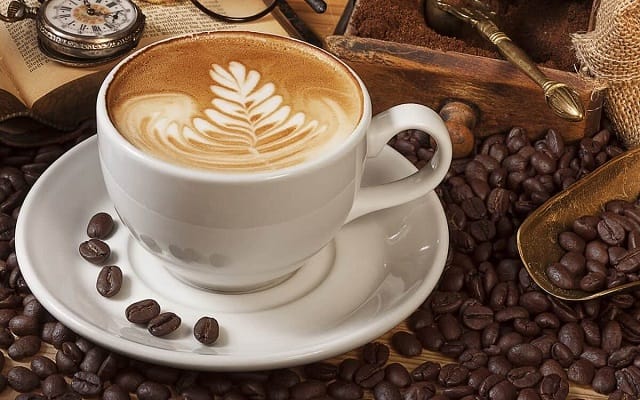 A latte is a coffee drink made with espresso (such as cappuccino, mocha, or Flat White) and steamed milk. The word “latte” is derived from the Italian word, which means “coffee and milk.”

Lattes are typically served in tall glasses or mugs and often topped with foam or whipped cream. While lattes can be made with any milk, most baristas use whole milk for the creamiest texture.

How to Make a Latte at Home

It’s no secret that homemade coffee always tastes better than coffee from a cafe. Making your own latte at home is significantly cheaper than buying one at a coffee shop.

If you’re a fan of lattes but have never made one yourself, don’t worry! It’s very simple. All you need is milk, espresso, and a few optional ingredients like syrup or cocoa powder. For detailed instructions, read on.

Latte vs Coffee, The Main Differences

A latte is generally a more popular choice because it has more milk and less coffee. This combination makes it sweeter and creamier, which is often preferable.

Latte And Coffee, The Main Similarities 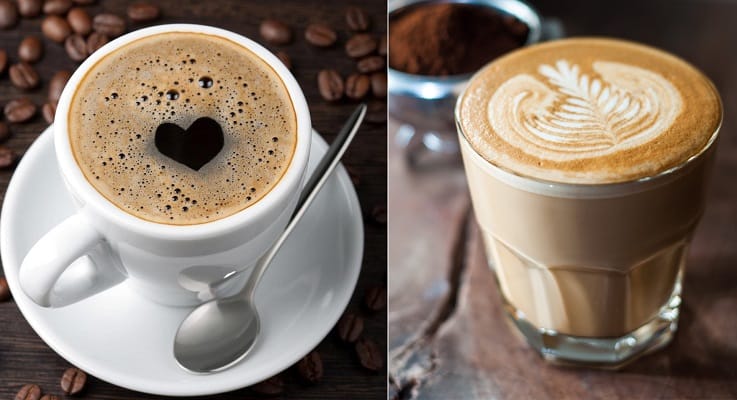 Even though latte and coffee have some key differences, there are also quite a few similarities between the two drinks.

For starters, both drinks are made from espresso.

Lastly, the latte can be customized with various syrups and toppings. Common flavorings include vanilla, hazelnut, caramel, and chocolate. So whether you prefer a sweet or savory drink, there’s a latte of coffee out there for you.

What’s the Difference Between a Latte and an Iced Coffee?

There are also quite a few key differences between iced latte vs. iced coffee.

Q. Which is Stronger: Coffee Or Latte?

A. A regular coffee is stronger than a cafe latte. A latte contains less caffeine when compared to a cup of regular drip coffee. If you are unsure how many shots of espresso there are in your latte, just ask your barista!

Q. Which Has More Calories?

A. A latte made with whole milk and no added syrups contains about 150 calories. A regular coffee made with water has just 5 calories. So latte generally has more calories than coffee.

You may like: How Much Caffeine is in a Latte

Q. Can Latte Be Made With Decaf Espresso?

A. Yes, it can be made with decaf espresso. However, it will not have as much caffeine as a latte made with regular espresso.

Q. Can Latte Be Made Without Milk?

A. Yes, it can be made without milk. However, it will not be as creamy or smooth as a latte made with milk.

A. Lattes generally cost more than regular coffee because they are made with espresso and often contain flavoring syrups. However, the price difference can vary depending on where you get your latte from.

A. Lattes are made with espresso, while regular coffee is brewed coffee from ground beans. So technically, the latte is a type of coffee. However, the two drinks do have some key differences.

A. While coffee contains more calories than a latte, both drinks can be part of a healthy diet. If you’re watching your calorie intake, stick to coffee or latte made with skim milk. Both drinks can offer some health benefits, such as improved mental alertness and decreased risk of chronic diseases.

To sum up, latte and coffee are a matter of preference. Do you prefer a creamy, sweet beverage? If so, the latte is probably your best bet. If you’re more interested in caffeine content and flavor coffee is the way to go. Ultimately, it’s up to you to decide which drink best suits your taste.