Caffeine is a popular stimulant in many beverages, and Red Bull is no exception. Many people wonder how much caffeine is in Red Bull, and the answer can vary depending on the size of the can. Caffeine content may also depend on the country where the beverage was purchased. In this article, we’ll explore how much caffeine does Red Bull have and discuss other factors that may affect its caffeine content. We’ll also explore the potential side effects of consuming too much caffeine from Red Bull or other products. By learning more about the amount of caffeine in Red Bull and its potential effects, you can make an informed decision about whether it’s right for you.

What is Red Bull? 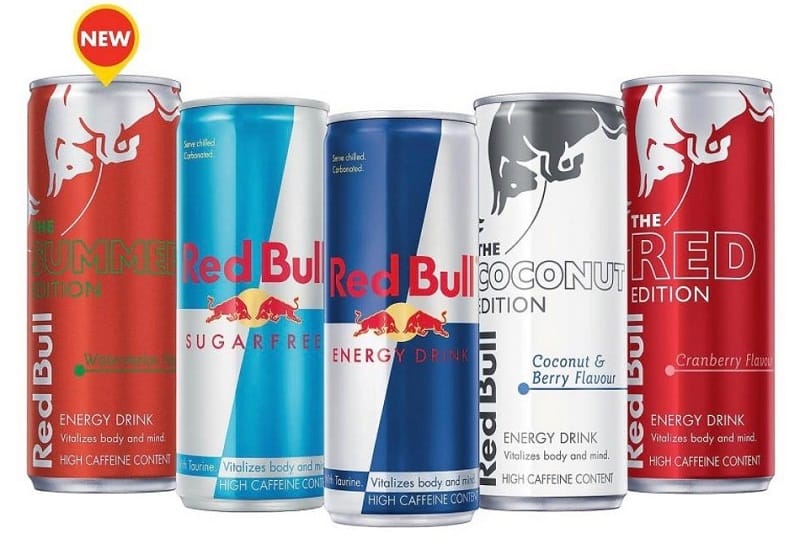 Red Bull is a popular energy drink enjoyed by millions of people worldwide. It is popular among athletes and people looking to boost their performance and alertness during sports activities and long work days.

Red Bull was first created in 1987 by the Austrian entrepreneur Dietrich Mateschitz, who wanted to create an energy drink that would be both healthy and enjoyable. Red Bull is made with a combination of caffeine, taurine, B-group vitamins, sucrose, and glucose. The drink is also carbonated, giving it a unique taste and texture.

Red Bull is now sold in over 170 countries and is well-known for its popular advertising campaigns and sponsorship of sporting events. Red Bull also sponsors many extreme sports athletes, including snowboarders, skateboarders, and motocross riders.

So, what makes Red Bull so special? The unique combination of ingredients, including caffeine, gives Red Bull its signature energy kick. The caffeine content in Red Bull is about half that of a cup of coffee, and it also contains B-group vitamins that help to improve focus and alertness. The combination of caffeine and taurine also helps to give Red Bull its energizing effect.

The other ingredients in Red Bull also have their benefits. The sucrose and glucose help boost energy, during the B-group vitamins help with focus and alertness. The carbonation also helps to give the drink its signature taste and texture, making it an enjoyable and refreshing beverage.

Red Bull is the perfect choice for a quick and healthy energy boost. Whether you are an athlete looking to increase your performance or someone looking to stay alert during a long workday, Red Bull is sure to help you out.

How Much Caffeine Does Red Bull Have?

How Does The Amount Of Caffeine In Red Bull Compare To Other Energy Drinks? 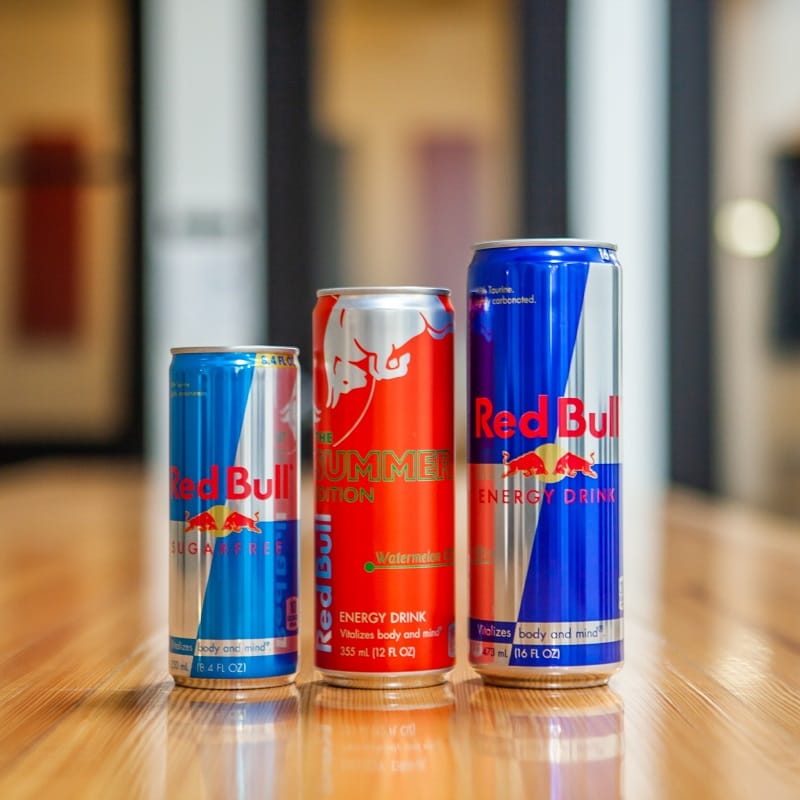 Does The Amount Of Caffeine In A Can Of Red Bull Vary From Country To Country?

Are There Any Natural Alternatives To Energy Drinks Like Red Bull Still Providing an Energy Boost Without As Much Caffeine Content?

Here are just a few of the options you can consider: 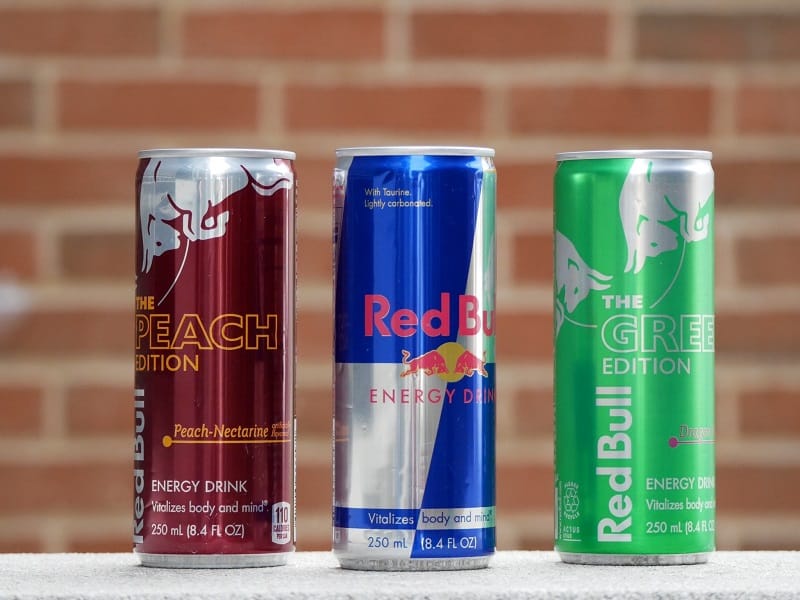 Red Bull contains 29 g of carbohydrates, of which 27 g is sugar. This sugar is made up of glucose, fructose, and sucrose. If you’re watching your sugar intake, this is something to consider.

There are also 105 mg of sodium in Red Bull and 80 mg of caffeine. The caffeine content is equivalent to one cup of coffee, so if you’re sensitive to caffeine, you should consider this.

Red Bull also has 0 g of fat and 0 g of dietary fiber. This means it is low in saturated and trans fats, making it a good choice if you’re trying to maintain a healthy diet.

There is also 0 g of protein in Red Bull, meaning it’s not a good source of protein. If you’re looking for a way to get more protein, you might consider adding nuts or seeds to your drink.

Regarding energy drinks, Red Bull is relatively low in calories. It contains 112 calories, compared to other energy drinks that can have up to 250 calories per serving.

Overall, Red Bull is a low-calorie, low-sugar energy drink that can give you an extra energy boost. While it doesn’t contain a lot of vitamins and minerals, it’s still a better choice than other energy drinks if you’re trying to stay healthy.

What Is The Difference Between Regular And Sugar-Free Red Bull?

The main difference between regular and sugar-free Red Bull is the lack of sugar in the latter. Red Bull Sugarfree does not contain sugar, while regular Red Bull does. However, both drinks contain the same main ingredients – caffeine, taurine, and some B-group vitamins.

FAQs About How Much Caffeine Does Red Bull Have

Is Red Bull An Energy Drink Or A Soda? 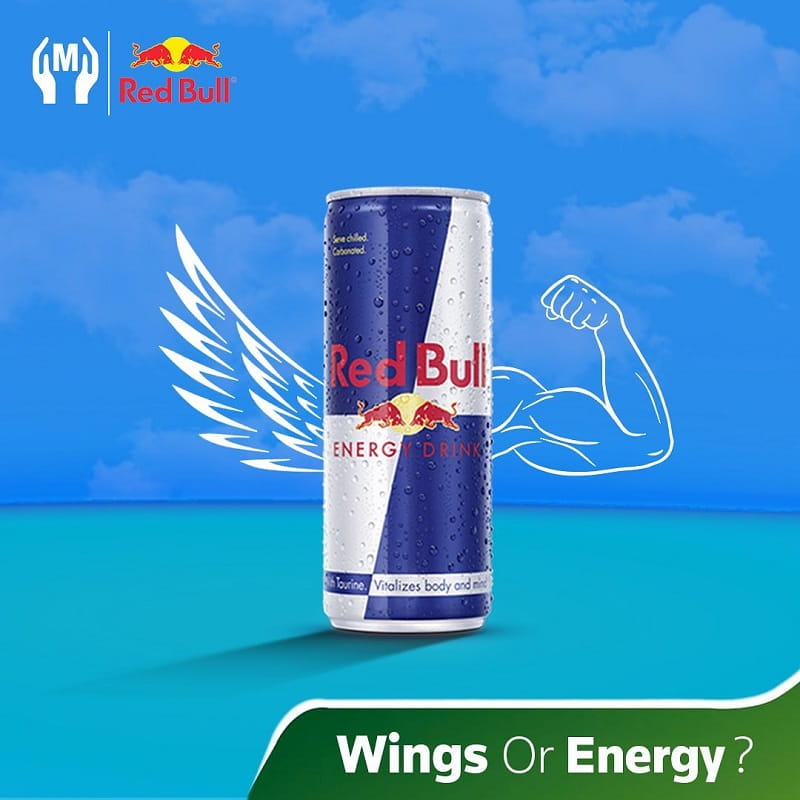 Does Red Bull Contain Any Additional Stimulants Besides Caffeine?

Besides the 80 mg of caffeine in one 250-ml can, Red Bull Stimulant Drink also contains other legal stimulants like guarana and ginseng.

Are There Any Health Risks Associated With Consuming Too Much Red Bull?

Excessive drinking of Red Bull can increase your blood pressure and heart rate and has been linked to several adverse reactions such as dizziness, nausea, chest pain, and even death. Frequent and excessive consumption of Red Bull can also negatively affect your kidney health due to its high sugar content. High levels of caffeine and sugar can be dangerous and lead to glycogen accumulation in your myocardium, disrupting cardiac activity and increasing the risk of tachycardia.

Red Bull can also cause acid reflux, heartburn, cramps, and nausea. The European Food Safety Authority (EFSA) determined that a caffeine intake of up to 400 mg per day is safe. Still, drinking too much Red Bull can cause weight gain, insomnia, tooth decay, and an increased risk of osteoporosis.

Does Drinking Red Bull Make You More Alert And Focused, Or Give You More Energy?

Drinking Red Bull can make you more alert and focused and give you more energy. The main ingredient in Red Bull is caffeine, a stimulant that can help improve concentration and alertness.

The other main ingredient in Red Bull is taurine, an amino acid that can improve energy levels and reduce fatigue. The combination of these two ingredients helps to boost mental and physical performance. Red Bull can also contain sugar, providing an instant energy boost.

What Is The Best Way To Store An Opened Can Of Red Bull For Later Consumption?

The best way to store an opened can of Red Bull for later consumption is to keep it refrigerated. Companies suggest drinking it within 5 to 7 days, but the carbonation will most likely dissipate within 24 hours. It is important to keep Red Bull at a low temperature, such as in the refrigerator, as keeping it at a high temperature can negatively affect the gas inside. Red Bull should be consumed within 2-4 days of opening for optimal taste and quality.

Is It True That Drinking Red Bull Can Give You Wings?

No, drinking Red Bull will not give you wings. In August 2014, Red Bull agreed to a settlement of a false advertising lawsuit and agreed to pay more than $13 million to those who had purchased the energy drink. Red Bull is a non-alcoholic beverage, mainly consisting of caffeine and sugar. It does not provide any actual wings or flight capabilities but instead provides a ‘kick’ or stimulus that can help temporarily wake you up and give you energy.

Although one can of Red Bull contains the same amount of caffeine as one cup of coffee, it is important to be aware that consuming two or more cans of Red Bull in a day can be detrimental to your health.

Do you have any questions about how much caffeine does Red Bull have? Let us know in the comments below.