How long does it take for caffeine to kick in? This is a question that we get asked a lot, so we decided to do a little research and find out the answer!

So, Let’s take a closer look. 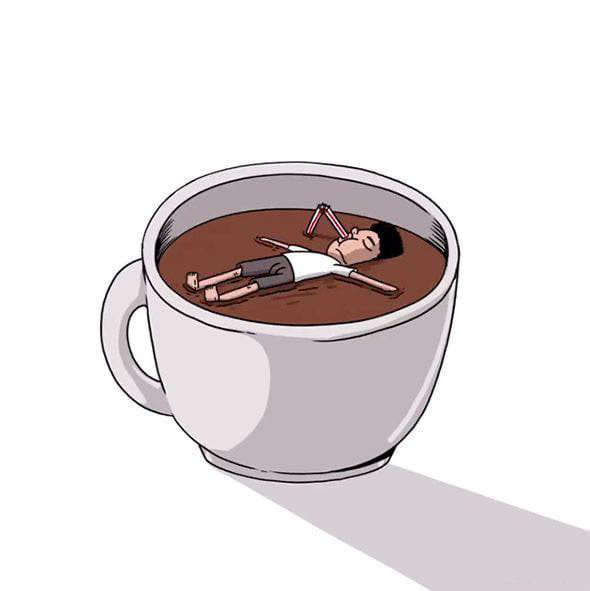 Caffeine is a naturally occurring chemical compound that is found in a variety of plants. It is most commonly found in coffee beans, tea leaves, and cocoa beans. Caffeine is also found in some soft drinks, energy drinks, and over-the-counter medications. It is considered to be both a food additive and a drug by the U.S. Food and Drug Administration (FDA).

Caffeine is also a diuretic, which means that it increases the amount of urine that is produced. This can lead to dehydration if not enough fluids are consumed.

Caffeine is safe for most people when consumed in moderation. However, it can be dangerous if consumed in large amounts. Caffeine overdose can lead to symptoms such as headache, nausea, vomiting, rapid heartbeat, and seizures.

The amount of caffeine in coffee can vary greatly, from as little as two milligrams per cup (decaf coffee) to as much as 200 milligrams. A typical cup of tea contains around 40 milligrams of caffeine, ranging from 9 to 110 milligrams.

What are the Effects Of Caffeine On The Body? 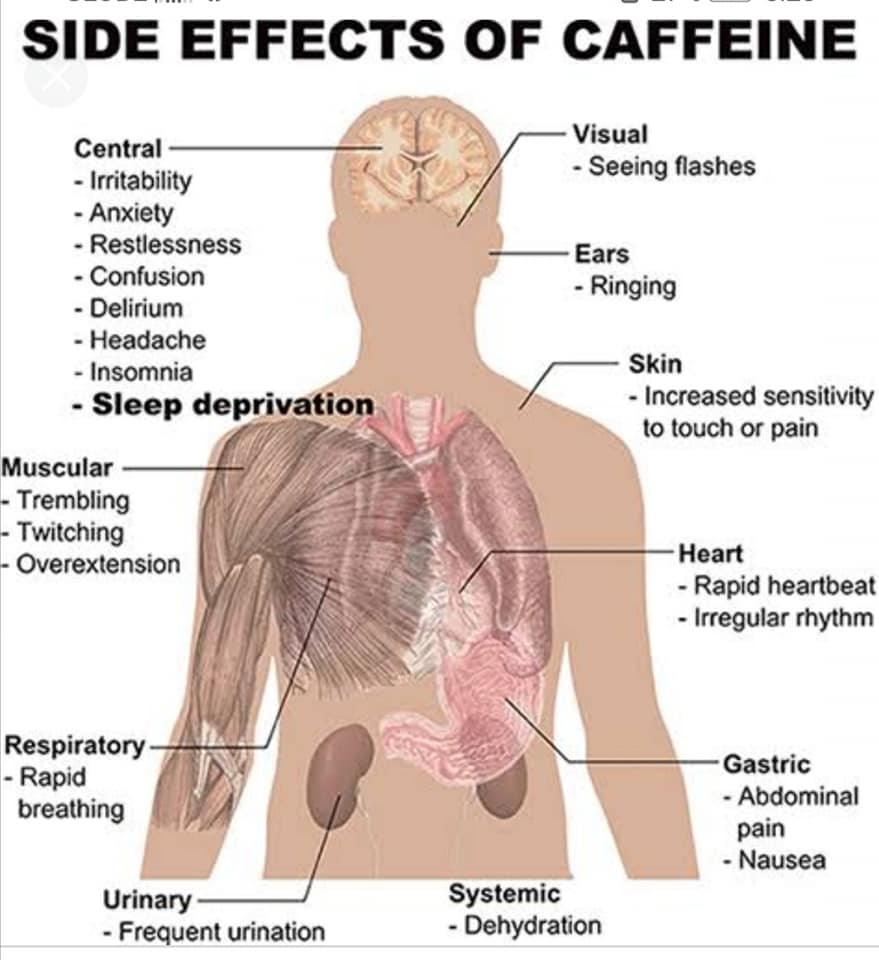 Caffeine also increases the release of adrenaline, leading to increased heart rate and blood pressure. These effects can last for several hours after caffeine is consumed.

Caffeine is generally considered safe for most people. However, it can cause side effects, such as anxiety, nervousness, and irritability. It can also cause insomnia, stomach upset, and rapid heartbeat.

People who are sensitive to caffeine may experience more severe side effects. Caffeine can also interact with certain medications, such as blood pressure and asthma inhalers. Pregnant women and people with heart conditions should limit their caffeine intake.

How Long Does It Take For Caffeine To Kick In? 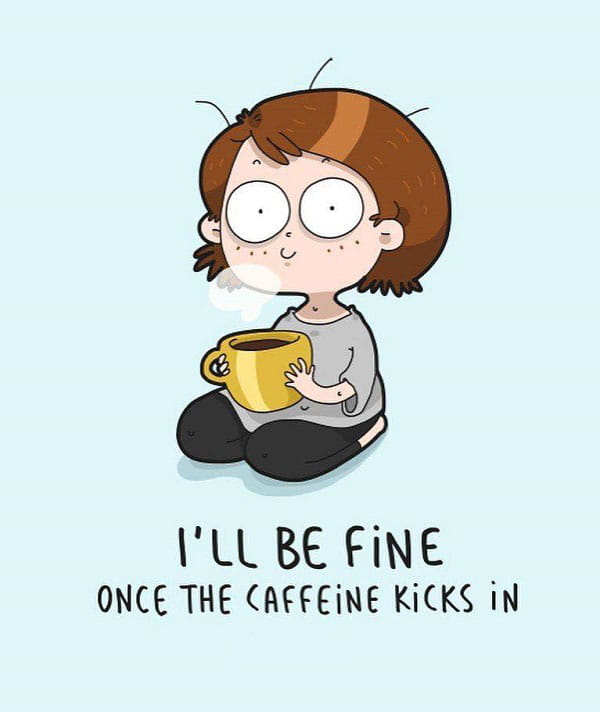 Of course, everyone is different, and the above is just an estimate. If you’re sensitive to caffeine, you may feel the effects sooner. And if you have a slow metabolism, you may not feel the effects as quickly.

If you’re trying to cut back on caffeine, you can do a few things to help yourself. First, try to drink caffeine early in the day, so it doesn’t interfere with your sleep at night. Second, avoid drinking caffeine late in the day or before bedtime. Finally, don’t drink more than 200 milligrams of caffeine per day.

How Much is Too Much? 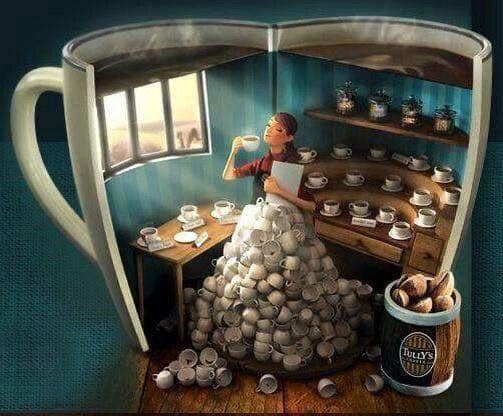 Most people can safely consume up to 400 mg of caffeine a day. However, consuming more than 600 mg of caffeine daily (the equivalent of four to seven cups of coffee) is too much. Caffeine can lead to side effects such as insomnia, anxiety, irritability, and an upset stomach.

After consuming caffeine, it takes approximately six hours for your body to eliminate half of the caffeine. It can take up to 10 hours for caffeine to completely clear from your bloodstream.

Other Factors Can Affect How Your Body Responds To Caffeine

Your body’s response to caffeine can be influenced by many factors, including age, weight, health, and medications.

As you age, your body becomes less able to metabolize caffeine. This means that older adults may feel the effects of caffeine for a longer period of time than younger adults.

Your body weight also influences how caffeine affects you. People who are overweight or obese may have a higher tolerance to the effects of caffeine than people of average weight.

Your overall health can also affect how caffeine affects you. If you have a health condition that affects your central nervous system, such as anxiety or sleep disorders, you may be more sensitive to the effects of caffeine.

Certain medications can interact with caffeine and increase its effects. These medications include:

If you take any of these medications, talk to your doctor about whether you should limit your caffeine intake.

Are you full or hungry?

If you consume coffee or tea on an empty stomach, you will experience its effects more rapidly than if you drink it with food. However, if you eat a high-fiber meal, it will take longer for the caffeine to reach its full potential in your system.

And the speed at which the body can clear caffeine may be affected by food, too.

They have a quicker clearance rate than non-smokers with 155 ml/kg/hr compared to non-smokers at 94 ml/kg/hr. In fact, smokers are reported to have a shorter caffeine half-life of only 2.5 hours! This is because the activity of AHH (aryl hydrocarbon hydroxylase) is stimulated by smoking which then causes the tobacco to induce CYP1A2 isoenzymes resulting in a quicker excretion.

Symptoms Of Too Much Caffeine

We all know that too much of anything is bad for us. And that includes caffeine. Though it’s the world’s most widely consumed psychoactive drug, caffeine is still a drug. And like any drug, it can have side effects if you consume too much of it.

What are the symptoms of too much caffeine?

Caffeine can also cause anxiety. If you’re already prone to anxiety, consuming too much caffeine can worsen your symptoms. You may find yourself feeling jittery, irritable, and on edge.

Another common symptom of too much caffeine is nausea. Caffeine can speed up your digestive system and cause your stomach to produce more acid. This can lead to an upset stomach, nausea, and even vomiting.

This is because caffeine constricts blood vessels in the brain. If you consume too much caffeine, you may find yourself with a throbbing headache.

Caffeine can also cause a rapid heartbeat. If you consume too much caffeine, you may find your heart rate increasing. This can be dangerous, so if you experience this symptom, it’s important to seek medical help.

6. The “jitters,” or general feelings of shakiness

If you consume too much caffeine, you may find yourself shaking. This can be especially problematic if you have to do something that requires steady hands, such as driving.

Another symptom of too much caffeine is dizziness. Caffeine can cause your blood pressure to drop, which can lead to lightheadedness and dizziness.

Caffeine is a diuretic, which means it makes you urinate more frequently. If you consume too much caffeine, you may become dehydrated.

It can speed up food movement through your digestive system and cause cramping. If you consume too much caffeine, you may have diarrhea or constipation.

One of the most common symptoms of too much caffeine is irritability. If you snapping at people more often than usual or feeling on edge for no reason, it could be a sign that you’re consuming too much caffeine.

Caffeine also can cause a temporary increase in blood pressure. If you have hypertension or if you’re sensitive to caffeine, it’s best to limit your intake.

So, what should you do if you think you’re consuming too much caffeine?

If you think you may be consuming too much caffeine, it’s important to seek medical help. Caffeine is a drug; like any drug, it can be dangerous if you consume too much of it.

Who Should Avoid Caffeine?

Caffeine crosses the placenta and can increase the heart rate of the fetus. It can also lead to low birth weight and premature birth. The American College of Obstetricians and Gynecologists recommends that pregnant women limit their caffeine intake to less than 200 milligrams per day.

Caffeine can worsen anxiety and panic attacks. If you have an anxiety disorder, it’s best to avoid caffeine or limit your intake to less than 200 mg per day.

Caffeine can interfere with sleep. If you have insomnia or another sleep disorder, avoid caffeine or consume it only early in the day.

Caffeine can cause problems in children and teens, such as sleep problems, irritability, and difficulty concentrating. Children and adolescents should avoid caffeine.

Older adults are more sensitive to the effects of caffeine. Caffeine can cause irregular heartbeat, insomnia, and anxiety. If you’re over age 65, limit your caffeine intake to less than 300 mg daily.

If you have any of these conditions, avoiding caffeine or limiting your intake is best.

Note: Limiting caffeine may also be beneficial for those who have:

Some Tips For Giving Up Caffeine 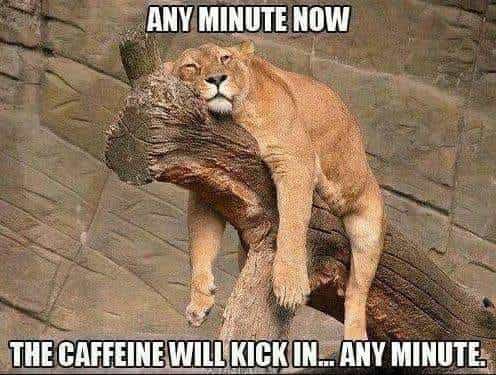 Reduce your caffeine intake gradually. Quitting suddenly can lead to withdrawal symptoms, such as headaches, that make you want to start drinking coffee or soda again. Here are some tips to help you kick the habit:

The roast level of a coffee bean affects the flavor of the coffee, as well as the dose of caffeine content.

In general, darker roasts have less caffeine than lighter roasts. This is because the roasting process breaks down the caffeine molecules. However, there are exceptions to this rule. For example, some light roasts have more caffeine than dark roasts.

So, how do you know how much caffeine is in your coffee? It depends on the type of bean, the roast level, and how the coffee is brewed. For example, espresso has more caffeine than drip coffee. And cold brew coffee has less caffeine than hot brew coffee.

When it comes to caffeine, there are two main types of coffee beans: Arabica and Robusta. Arabica coffee beans have more caffeine than Robusta beans. That’s why Arabica is the type of coffee bean that’s used in most coffeehouses. If you’re looking for a coffee that’s high in caffeine, you’ll want to choose an Arabica roast.

So, how long does it take for caffeine to kick in? It depends on a few things, like how much caffeine you’re consuming, how fast you drink it, and whether you take it on an empty stomach. In general, though, you can expect to feel the effects of caffeine within about 15-60 minutes.

Caffeine is an excellent option if you’re looking for a quick pick-me-up. Just drink it in moderation, and don’t forget to stay hydrated!