Iron is an essential mineral that our bodies need to function properly. It helps to transport oxygen in the blood and plays a role in the production of energy. When our bodies don’t have enough iron, we can experience fatigue, weakness, and other health problems.

Most people get the iron they need from their diet, but some people may need to take supplements. If you are taking iron supplements, you may be wondering how long after taking iron can you drink coffee.

The answer depends on a few factors, including the type of iron supplement you are taking and how much coffee you want to drink. Let’s detail!

What Coffee Does To The Body

Caffeine has a variety of effects on the body, both positive and negative.

Caffeine is a central nervous system stimulant, which means it can help to improve alertness and energy levels. It can also improve mood, possibly by increasing dopamine levels in the brain.

Caffeine has been shown to improve physical performance by increasing adrenaline levels and making muscles more efficient at using fat for fuel.

Caffeine can increase thermogenesis, which is the production of heat in the body. This can lead to a small increase in energy expenditure and may help with weight loss.

Studies have found that coffee drinkers have a lower risk of death from various causes, including cardiovascular disease, cancer, and Alzheimer’s disease.

Coffee drinkers have a lower risk of stroke, although it’s unclear if this is due to the caffeine or other compounds in coffee.

Coffee drinkers have a lower risk of developing Parkinson’s disease, although it’s unclear if this is due to the caffeine or other compounds in coffee.

Coffee has been shown to improve mood and fight depression, possibly due to the antioxidants, caffeine, and other compounds it contains.

Caffeine can cause anxiety, jitters, and increased heart rate in some people, especially if they’re sensitive to it.

Caffeine can interfere with sleep, especially if it’s consumed in the evening or night.

It can cause restlessness and irritability in some people.

Caffeine can cause gastrointestinal issues like heartburn and upset stomach in some people.

It can cause dehydration by increasing urine output.

Caffeine can be addictive and some people may experience withdrawal symptoms when they stop consuming it.

It can decrease fertility in women and may also reduce sperm quality in men.

How Long After Taking Iron Can You Drink Coffee? 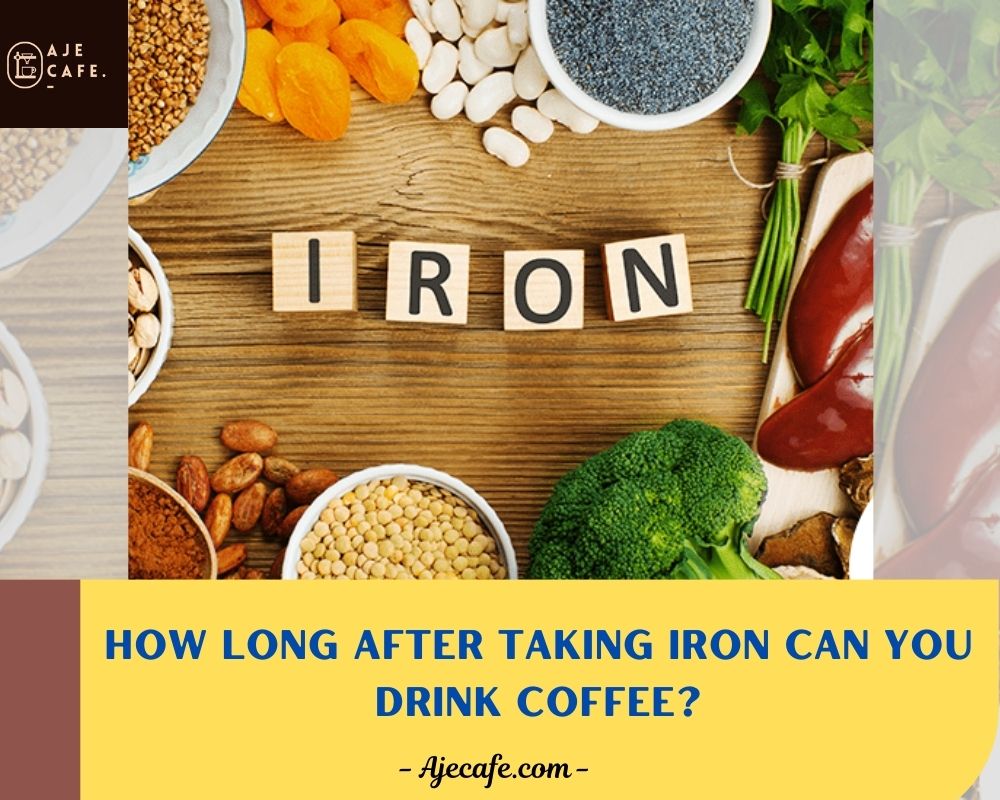 The answer depends on a few factors, including the type of iron supplement you are taking and how much coffee you want to drink.

If you are taking an iron supplement that contains ferrous sulfate, you should wait at least one hour after taking the supplement before drinking coffee. This is because coffee can interfere with the absorption of iron.

If you are taking an iron supplement that contains another form of iron, such as ferrous gluconate or ferrous fumarate, you can drink coffee immediately after taking the supplement.

How much coffee you drink also matters. If you want to drink more than one cup of coffee after taking your iron supplement, you should wait at least two hours before drinking the second cup. This will give your body time to absorb the iron.

In general, it is best to avoid drinking coffee within two hours of taking any type of iron supplement. If you need a cup of coffee to get going in the morning, try to drink it at least one hour before taking your iron supplement. This will give your body time to absorb the iron and the coffee won’t interfere with the absorption.

See more: How Soon Can You Drink Coffee After Taking Omeprazole

What To Do If You Can’t-Wait That Long?

Additionally, it’s important to note that the way you prepare your coffee can also affect how much iron is absorbed. For example, adding milk to coffee can actually increase iron absorption.

One study found that drinking a cup of coffee with a hamburger meal reduced iron absorption by 39%. The stronger tea and coffee, the less iron absorbed.

What is The Relationship Between Iron And Caffeine? 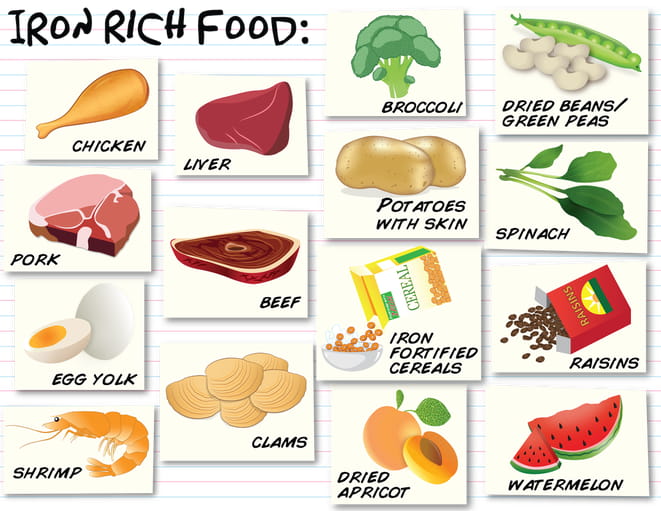 Iron and caffeine have a complicated relationship. Caffeine can interfere with iron absorption, but it’s not clear how much of an effect it has.

Iron is a mineral that’s essential for carrying oxygen in the blood. It’s found in food, and the body absorbs it best when there’s not much else in the gut.

Caffeine, on the other hand, is a stimulant that can speed up the gut’s movement. This can reduce the amount of time that the body has to absorb nutrients like iron.

So, if you’re drinking a lot of coffee or other caffeinated beverages, you might not be getting as much iron as you need. This could lead to iron deficiency anemia.

The Importance of Iron 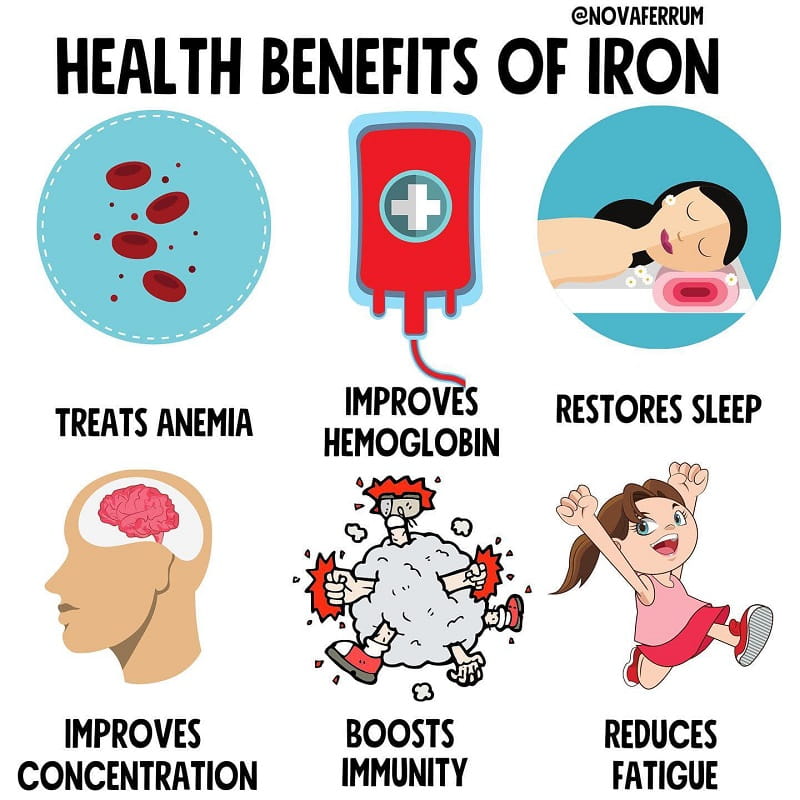 Iron is one of the most essential minerals in the human body. It plays a vital role in the production of hemoglobin, which carries oxygen in the blood, and in the body’s use of energy.

Although iron is found in many foods, many people don’t get enough iron in their diet. This can lead to iron deficiency anemia, a condition in which the blood doesn’t have enough hemoglobin.

Iron deficiency anemia can cause fatigue, weak muscles, and difficulty concentrating. It can also cause heart problems and other health problems.

Getting enough iron is important for everyone, but it’s especially important for women of childbearing age, pregnant women, and young children. These groups are more likely to develop iron deficiency anemia.

Ferrous sulfate works best when taken on an empty stomach.

So, make sure you’re getting enough iron in your diet. Eat iron-rich foods, and talk to your doctor about taking iron supplements if you think you might need them.

Can I Drink Coffee After Iron Pills?

How Long Do I Need To Wait to Eat After Taking Iron Supplements?

According to the Mayo Clinic, it is recommended that you wait at least one hour after taking iron supplements to eat or 2 hours after meals. This gives your body time to absorb the iron.

Can I Drink Coffee With Anemia?

If you don’t have an iron deficiency, coffee and tea won’t affect how much iron your body can absorb. But if you do have low iron levels, it’s best to avoid drinking coffee or tea with your meals.

Can I Drink Coffee After an Iron Infusion?

You should avoid coffee for two hours after iron infusion.

What Drinks and Foods are High in Iron?

Iron is found in many foods, but some drinks are particularly high in iron. These include:

P/s: Vitamin C can help your body absorb iron better, especially from non-heme sources. Eat foods high in vitamin C like citrus fruits, peppers, and spinach when taking iron supplements to get the most benefit.

So what should you do? If you’re worried about decreased iron absorption, you may want to wait an hour after taking iron before drinking coffee. Or, you could try taking your iron supplement with a meal, which may help to increase absorption.

Whatever you do, don’t forget to drink plenty of fluids. Iron supplements can cause constipation, so it’s important to stay hydrated.

Do you take iron supplements? Have you found that coffee affects your absorption? Let us know in the comments!