Tiramisu is a popular Italian dessert loved by many around the world. It’s a sweet and creamy cake with layers of ladyfingers, mascarpone cheese, cocoa powder, and espresso. Many people are curious about whether or not this indulgent treat contains caffeine. Does tiramisu have caffeine? The answer isn’t quite as simple as one might think. To understand if this beloved dessert contains any caffeine, we must look closely at its ingredients and preparation methods. 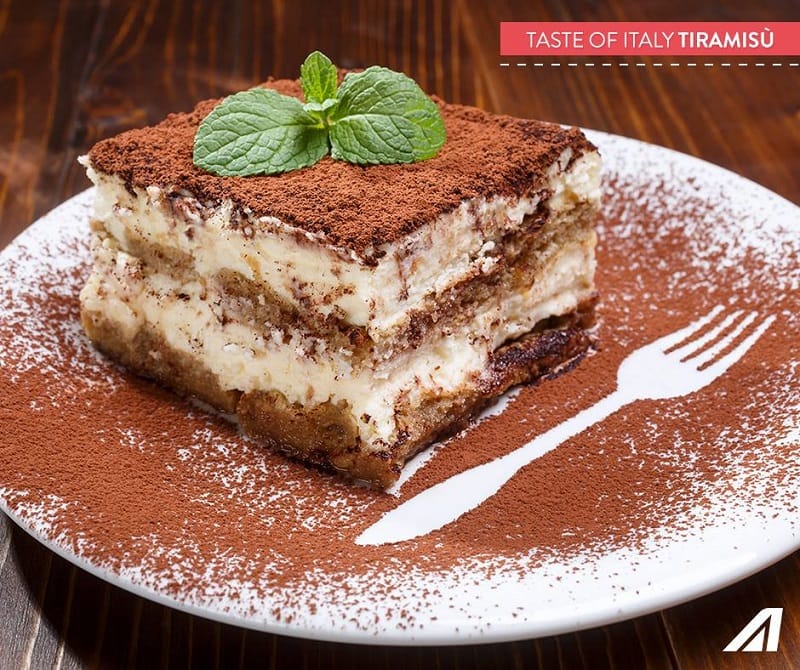 Tiramisu is a traditional Italian dessert with ladyfingers, espresso, mascarpone cheese, and cocoa. It is a lusciously creamy, light, and sweet dessert typically served in individual glasses or cups.

Tiramisu literally translates to “pick me up” in Italian, and it is said to have originated in the 16th century in the court of the Duke of Salerno. It is thought to have been invented by a chef for the Duke, and it is said that it was created to lift the Duke’s spirits. The original recipe for Tiramisu is still used today, but variations and adaptations have been added to the original recipe over time.

The typical Tiramisu is made with layers of ladyfingers soaked in a mixture of espresso and liquor, usually Marsala wine or brandy, and layered with a mix of mascarpone cheese, sugar, and eggs. The tiramisu is then topped with a thin layer of cocoa powder, usually dark chocolate.

The texture of the Tiramisu is light and creamy, and the flavor is sweet but not overly sweet. The espresso, Marsala wine, and Brandi give the Tiramisu a slightly bitter taste balanced by the sweetness of the mascarpone cheese and sugar. The cocoa powder adds a rich, chocolatey flavor to the dessert.

Tiramisu is a delicious and easy dessert that can be made with a few simple ingredients. It is a great dessert for a dinner party or special occasion and will wow your guests.

Does Tiramisu Have Caffeine? 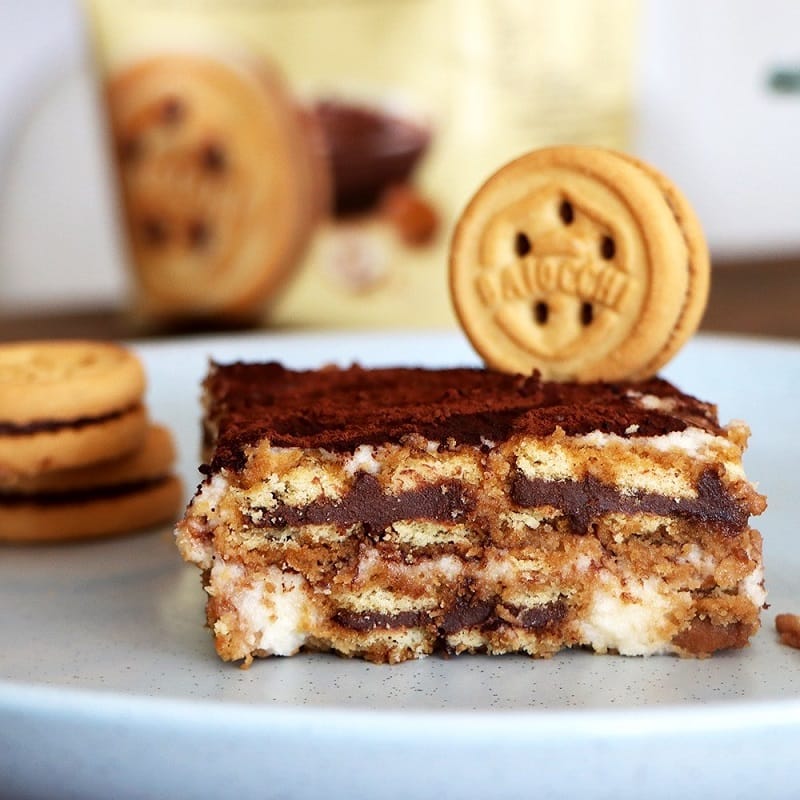 Yes, traditional tiramisu recipes do contain caffeine. The amount of caffeine in the tiramisu varies by recipe and type of coffee used in the espresso. Generally, a Tiramisu cake 9″ x 13″ (22 cm x 33 cm) can use up to 200 mg of caffeine. A slice of Tiramisu, on the other hand, contains far less caffeine than a cup of coffee. Tiramisu also has caffeine because you soak the ladyfingers, the main ingredient in Tiramisu, in espresso, which contains the stimulant. However, the amount of caffeine you get from a single serving of Tiramisu is very low. Caffeine will help wake you up if you’re still tired after dinner, but it won’t keep you awake all night.

How Much Caffeine is in a Slice of Tiramisu?

A slice of Tiramisu typically contains 65-50 milligrams of caffeine per slice, depending on the recipe. This is far less caffeine than a cup of espresso, which usually includes 95-200 mg. Additionally, the caffeine content of Tiramisu can be further reduced by reducing the amount of espresso used in the recipe.

Why Does Tiramisu Contain Caffeine?

First, let’sook at the ingredients that make up a traditional tiramisu. The base is usually a ladyfinger cookie soaked in a mixture of espresso and liqueur. This is layered with a creamy mascarpone cheese, eggs, sugar, and cocoa powder. As you can see, espresso and liqueur are key ingredients in the recipe. Since espresso is derived from coffee, it contains caffeine which is then transferred to the tiramisu.

The amount of caffeine in tiramisu varies depending on the recipe. Generally, the more espresso or liqueur is used, the more caffeine it will contain.

What Type of Coffee Should I Use to Make Tiramisu?

The best coffee for making tiramisu is a classic Italian espresso roast. This espresso is known for its bold flavor and concentrated taste, perfect for the colder temperatures when tiramisu is served. Additionally, many chefs recommend espresso for tiramisu rather than just coffee, as it provides the best flavor. Coffee liqueur is another option that can be used, however, if you are looking for the most authentic flavor, instant espresso should be used. In a pinch, strongly-brewed coffee or medium-dark or medium roasts can be used, but for the best result, it is best to stick with the classic Italian espresso roast.

What Ingredients Are in Tiramisu?

Tiramisu is made with delicate ladyfinger cookies, espresso or instant espresso, mascarpone cheese, eggs, sugar, and cocoa powder. To make the classic version of this delicious treat, one needs six large egg yolks, ⅔ cup of milk, 1 ¼ cups of heavy cream, ½ teaspoon of vanilla extract, 300 g of Savoiardi ladyfingers, and 1 ½ cups of espresso (or strong coffee). Additionally, 3 tablespoons of sugar are needed to whip the egg whites to achieve the desired texture. Once all the ingredients are combined correctly, Tiramisu is ready to be served.

Types of Alcohol Used In Tiramisu 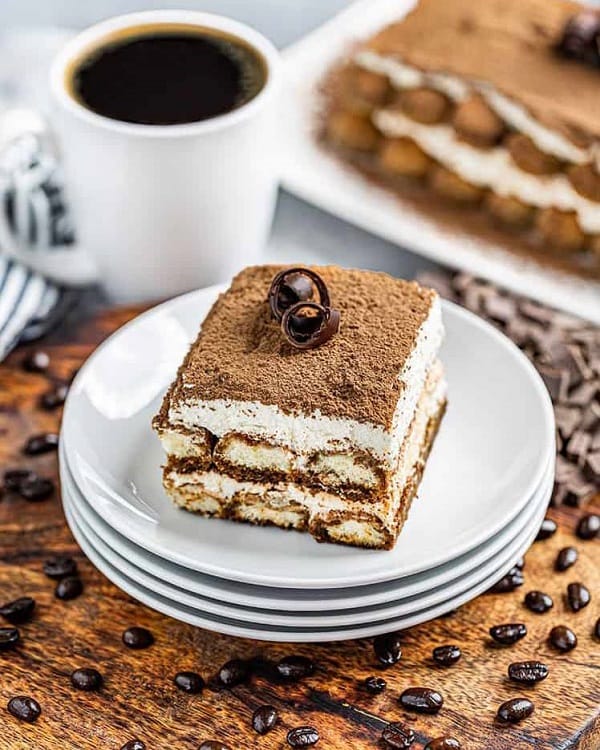 When it comes to the alcohol used in Tiramisu, there are four main types: Marsala Wine, rum, Amaretto Liqueur, and Coffee Liqueur. Let’s take a closer look at each and how they flavor the classic Italian dessert.

Each type of alcohol used in Tiramisu adds its unique flavor that enhances the dessert. Experiment with different combinations and find the one that works best for you.

Are There Any Health Benefits Associated With Eating Tiramisu?

First and foremost, it should be noted that there is no scientific evidence to support any health claims associated with eating tiramisu. That being said, there are some potential benefits to be found in the ingredients of this Italian treat.

So while there is no scientific evidence to support any health claims associated with eating tiramisu, some potential health benefits could be found in the ingredients of this delicious dessert.

How Long Does It Take To Make A Traditional Tiramisu? 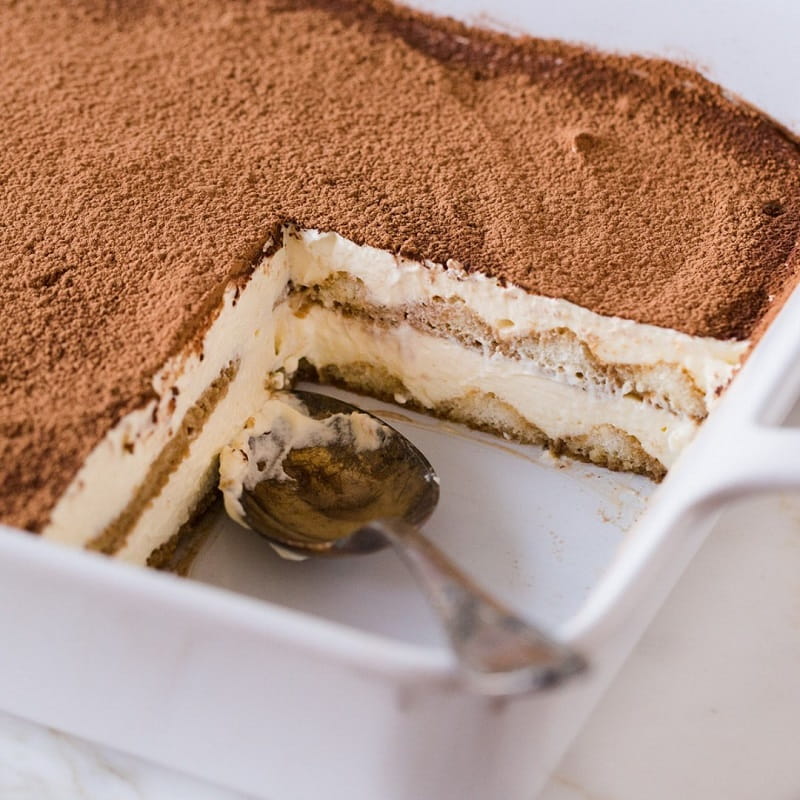 Making a traditional Tiramisu takes about 20 minutes of preparation time and at least 6 hours to set up. To begin, remove the mascarpone cheese and the raw eggs from the fridge and leave them at room temperature for about 10 minutes. Then mix the egg yolks, milk, cream, and vanilla extract to make the creamy filling.

In a small bowl, combine room-temperature espresso with a couple of tablespoons of amaretto or spiced dark rum. Use the mixture to dip the ladyfingers before arranging them on the bottom of a tray or dish. Spread the creamy filling on top of the ladyfingers and let it rest in the fridge for at least 6 hours, overnight is even better. Finally, dust with unsweetened cocoa powder before serving!

FAQs About Does Tiramisu Have Caffeine

Are Substitutions Can Be Made For Some Of The Ingredients In Tiramisu?

What Type Of Alcohol Is Usually Used In Tiramisu Recipes?

In Italy, the most common type of alcohol used in Tiramisu is Marsala wine. Marsala is a fortified wine that is produced in Sicily. It is a sweet and strong wine that adds flavor to the dessert. Many other regions in Italy use different types of fortified wines, such as Vin Santo or Amaretto.

However, outside of Italy, many recipes for Tiramisu call for the use of other liqueurs such as Kahlua, Cointreau, or Grand Marnier. These types of liqueurs are used to add sweetness and flavor to the dessert.

Another type of alcohol that is often used in Tiramisu is rum. Rum adds a nice sweetness and complexity to the dessert. However, it is important to use a light rum with a gentle flavor not to overpower the other flavors.

Finally, some recipes call for a splash of brandy. Brandy adds a unique flavor to the dessert and also helps to give it a nice aroma.

Is It Possible To Make A Vegan Version Of Tiramisu?

Yes, it is possible to make a vegan version of tiramisu. This vegan version of the classic Italian dessert consists of vanilla cake fingers soaked in espresso and a smooth vegan mascarpone custard dusted with cocoa powder. It doesn’t require dairy, eggs, or nuts, but it still has the same textures and flavor nuances as the traditionally made one. This vegan tiramisu requires vegan cream cheese, sugar, coconut oil, a tiny pinch of salt, vanilla, and coconut milk for the custard-like filling. The vegan ladyfingers can be made with gluten-free options. To assemble the vegan tiramisu, one needs to layer half of the mascarpone cream followed by a layer of soaked ladyfingers and repeat with the remaining ingredients. Finally, it is dusted with icing sugar for added flavor.

Is It Necessary To Use Ladyfingers For Making Tiramisu?

Yes, it is necessary to use ladyfingers for making Tiramisu. Ladyfingers, also known as “savoiardi” or “sponge fingers,” are simple sponge cookies that are often used to make Tiramisu. When soaked in espresso and rum (or rum flavoring), they take on a spongy texture that forms the dessert’s base.

Also, stale ladyfingers should be used instead of fresh ones, as they can become soggy when they absorb the liquids in the Tiramisu. Finally, the ladyfingers add a unique flavor to the dessert, adding to its overall appeal.

How Long Can Homemade Tiramisu Keep In The Refrigerator Before Going Bad?

Homemade tiramisu can keep in the refrigerator for at least 4 days before going bad. To ensure the best quality, it should be stored in an air-tight container at or below 40°F. Eating the tiramisu within two days of making it is also recommended, though it can be frozen for up to 3 months. To be safe, pasteurized eggs should be used when making the egg custard essential to the recipe. The tiramisu will maintain its moisture and texture with proper refrigeration while still tasting great.

Are There Any Differences Between Italian And American Versions Of This Popular Dessert Dish?

I hope this was helpful! If you have any other questions about does Tiramisu have caffeine, feel free to leave them in the comments below.