Kombucha is a fermented tea that has been around for centuries and is said to have many health benefits. It’s become increasingly popular in recent years, but there is still some confusion about what it is and how it’s made. One common question is Does Kombucha have caffeine? 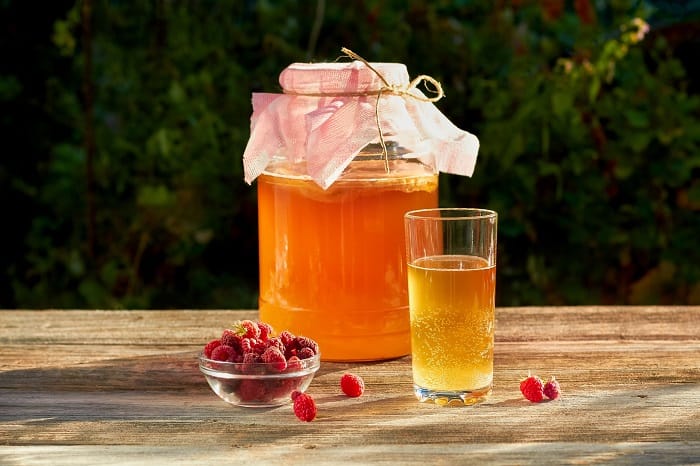 Kombucha is a fermented tea that has been around for centuries. It is made by adding a symbiotic colony of bacteria and yeast (SCOBY) to sweetened tea. The SCOBY feeds on sugar and produces a variety of acids, including acetic acid, which gives kombucha its characteristic tart flavour. Kombucha is rich in probiotics and antioxidants and has been claimed to have various health benefits.

It is usually made with black or green tea but can also be made with herbal teas. The fermentation process takes around 2-4 weeks. Kombucha can be enjoyed plain or flavoured with fruit, spices, or herbs.

It is often referred to as a “health tonic” due to its purported health benefits. These benefits are said to include improving digestion, boosting the immune system, and aiding in weight loss. However, there is limited scientific evidence to support these claims.

It is generally safe to drink, but there are a few potential risks to be aware of. These include the possibility of contracting a foodborne illness if the kombucha is not properly brewed and the potential for the drink to contain high sugar levels and calories.

If you’re interested in trying kombucha, be sure to buy it from a trusted source. You can also make your own kombucha at home using a SCOBY and sweetened tea.

Caffeine is a naturally occurring alkaloid compound that is found in many plants, including coffee beans, tea leaves, and cocoa beans.

Caffeine is a central nervous system stimulant of the methylxanthine class. It is the world’s most widely consumed psychoactive drug. Unlike many other psychoactive substances, it is legal and unregulated in nearly all parts of the world.

There are several known mechanisms of action to explain the effects of caffeine. The most prominent is that it reversibly blocks the action of adenosine on its receptors and consequently prevents the onset of drowsiness induced by adenosine. Caffeine also stimulates certain portions of the autonomic nervous system.

In humans, caffeine acts as a central nervous system stimulant, temporarily warding off drowsiness and restoring alertness. Caffeine is the world’s most widely consumed psychoactive drug, but, unlike many other psychoactive substances, it is legal and unregulated in nearly all parts of the world.

Caffeinated beverages are consumed daily by trillions of people, making caffeine the world’s most widely consumed psychoactive substance. The most common way of consuming caffeine is through coffee, tea, and soft drinks. Caffeine is also added to a variety of energy drinks. 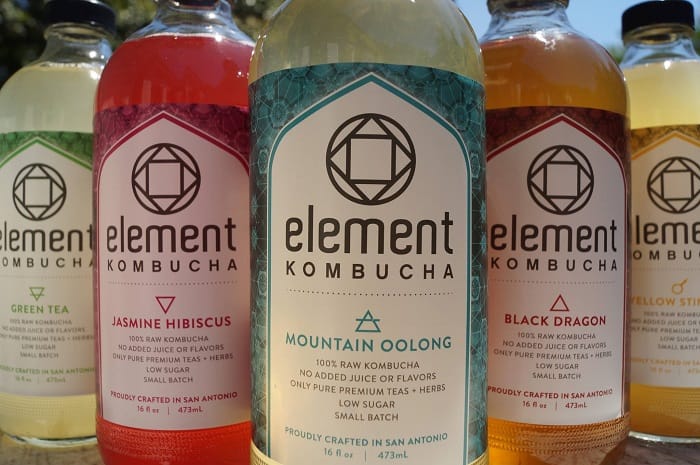 The FDA has released a statement saying that kombucha can be safe for human consumption when it is prepared properly.

To reduce the risk of illness, the FDA recommends that kombucha be made with sterile equipment and stored in a clean, cool, dark place. It is also important to use fresh ingredients and to follow the recipe carefully.

While it is generally safe to drink, some people should avoid it. These include pregnant women, young children, and people with compromised immune systems. If you have any concerns, speak to your healthcare provider before consuming kombucha.

Does Kombucha Have Caffeine? 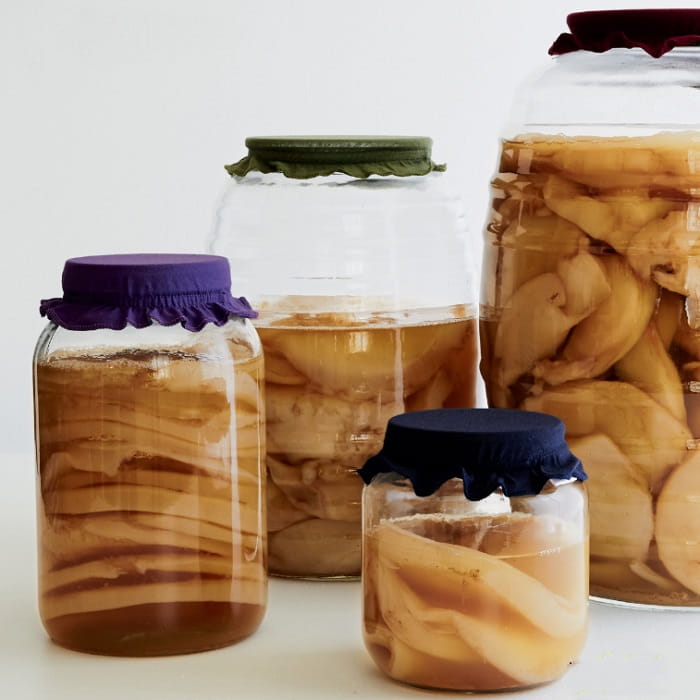 Caffeine is a stimulant that occurs naturally in many plants, including tea leaves. During the fermentation process, the caffeine in the tea leaves is broken down, so kombucha contains only a small amount of caffeine.

How Much Caffeine is in Kombucha?

One study found that a cup of kombucha contains about 15mg of caffeine per serving. This is about the same caffeine as a decaf coffee cup.

While kombucha does contain caffeine, it’s not as much as you’ll find in a cup of coffee. So, it may be a good option if you’re looking for a way to reduce caffeine.

If you’re sensitive to caffeine, it’s important to know that kombucha contains trace amounts of caffeine. If you want to avoid caffeine altogether, you may want to avoid it. 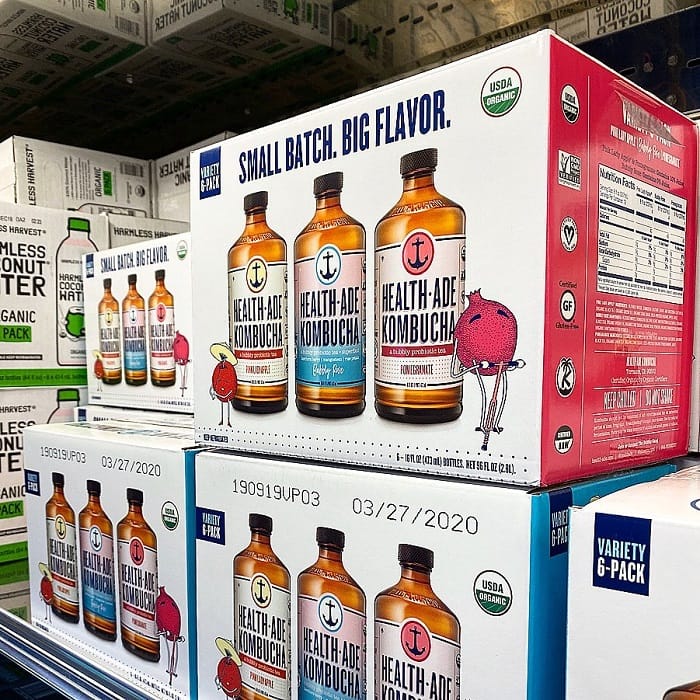 Side Effects Of Too Much Kombucha

Kombucha has many health benefits, but there are also some potential side effects of drinking too much it.

The most common side effect of kombucha is an upset stomach. This is usually due to the high levels of acidity in kombucha. You may experience nausea, vomiting, or diarrhea if you drink too much kombucha.

Another potential side effect of kombucha is tooth decay. The acid in kombucha can damage tooth enamel, leading to cavities. If you drink kombucha regularly, be sure to brush your teeth regularly and see your dentist for regular checkups.

In rare cases, kombucha can cause allergic reactions. If you experience any symptoms of an allergic reaction, such as hives, swelling, or difficulty breathing, stop drinking it and see your doctor immediately.

If you are pregnant or breastfeeding, it is best to avoid kombucha. The fermentation process can create toxins that can harm a developing fetus or infant.

It can cause serious complications for people with weakened immune systems, such as cancer patients, kidney disease patients or people living with HIV.

Many kombucha drinks are made more appealing to customers by adding fruit juice or cane sugar to sweeten them. However, this also increases the sugar content of the beverage.

Consuming excessive sugar can negatively affect your health, like diabetes, obesity, and fatty liver.
So look for kombucha brands that contain less than 4 grams per serving to ensure your and your family’s health.

How to Reduce the Caffeine in Hard Kombucha? 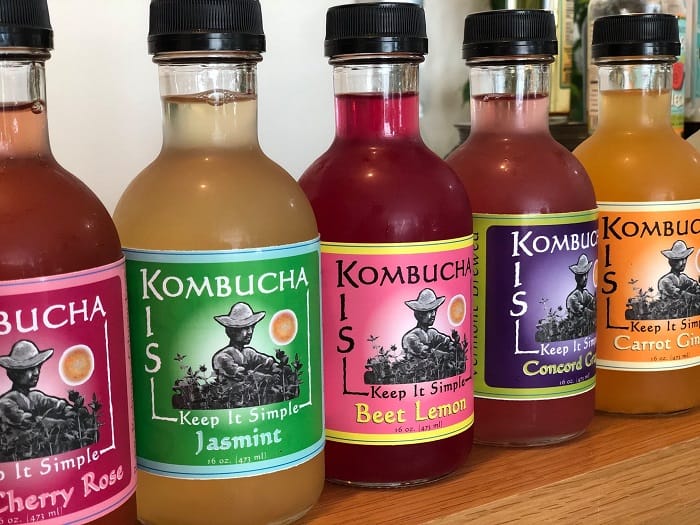 Many brands of hard kombucha are completely caffeine-free. So, if you’re looking to reduce the amount of caffeine in your kombucha, you can do a few things.

If you’re looking to reduce the caffeine in your kombucha, you can do a few things. Following these tips, you can enjoy it without all the caffeine levels. 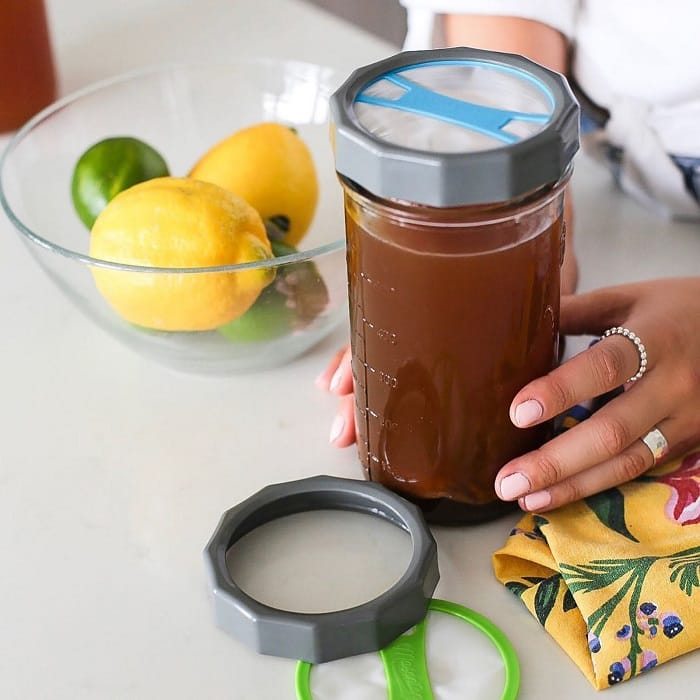 Safety is always a top priority whether you’re a first-time kombucha brewer or a seasoned pro. Here are a few tips to help you stay safe while brewing your own kombucha at home:

How Much Caffeine is a Day Safe for The Body?

The amount of caffeine that is safe for the body depends on many factors, including age, weight, health, and medications. A day is safe for most people, up to 400 mg of caffeine.

Does Kombucha Keep You Awake?

While kombucha does contain some caffeine, it’s not enough to keep you awake. In fact, most of them have less than 15 milligrams of caffeine per serving. That’s about the same amount of caffeine as you’ll find in a cup of decaf coffee.

Who Should Not Drink Kombucha?

Generally, those with a history of gastrointestinal problems, such as IBS, should avoid drinking kombucha as fermentation can aggravate these conditions. Additionally, pregnant women and young children should also avoid kombucha as it contains small amounts of alcohol.

Is Kombucha Ok Before Bed?

There is no definitive answer to this question as everyone’s tolerance of kombucha varies. Some people may find that drinking kombucha before bed doesn’t affect their sleep, while others may find that it makes them more alert and awake. If you are unsure how kombucha will affect your sleep, it is best to drink it in the morning or afternoon.

Can You Drink Kombucha Every Day?

Yes, you can. There are no known side effects from drinking kombucha, and many people find that it has numerous health benefits. However, it is important to remember that kombucha is a fermented food and thus contains trace amounts of alcohol. If you are concerned about consuming alcohol, you can look for kombucha that is labelled “alcohol-free.” The Centers for Disease Control recommends that kombucha can be consumed safely in four-ounce servings one to three times a day.

Can Kombucha Stain Your Teeth?

Yes, kombucha can stain your teeth. The dark, fermented tea can leave behind dark stains on your teeth. If you are concerned about staining your teeth, you can try drinking kombucha through a straw or rinsing your mouth out with water after drinking it.

Is Kombucha High In Sugar?

No, kombucha is not high in sugar. It is often considered a healthy alternative to sugary beverages like soda and juice. Kombucha is made by fermenting sweetened tea, and the fermentation process lowers the kombucha’s sugar content.

Does Kombucha Give You Energy?

Everyone’s body responds to kombucha differently. However, many people report feeling more energized after drinking it due to its probiotics and enzymes. If you’re looking for a natural energy boost, kombucha may be worth trying!

Why Should You Not Shake Kombucha?

Shaking it can cause the carbonation to become uneven, leading to an unpleasant taste. Additionally, shaking kombucha can also cause the fermentation process to speed up, which can make the kombucha taste too vinegary. Also, it can explode if shaken up before opening.

Is Kombucha High in B12?

Some brands claim to have high levels of B12, so it is possible that it could be a good source of this vitamin. If you are looking for food that is high in B12, you may want to consult with a Registered Dietitian to get specific recommendations.

Do I Drink the Bottom Of Kombucha?

The fermentation process also breaks down the caffeine in the tea leaves (black, green, white, oolong), so kombucha does contain some caffeine. However, the amount of caffeine in it is much lower than in coffee or black tea. A typical 14-ounce serving has about 15 milligrams of caffeine, compared to 95 milligrams in a cup of coffee.

So if you’re looking for a healthy, low-caffeine alternative to coffee or tea, kombucha might be a good choice. However, it’s important to remember that it contains some sugar and calories, so it’s not a good option if you’re trying to lose weight.