There’s no question that caffeine is a powerful drug. It’s a stimulant that can keep you awake and alert, and it can give you a much-needed energy boost when you’re feeling tired. But what’s the difference between the caffeine in coffee vs soda?

In this blog, we’ll compare the different types of soft drinks with caffeine in them.

Caffeine is found naturally in coffee, tea, and cocoa beans. It’s also added to some sodas, energy drinks, and over-the-counter medications. The average adult consumes about 300 mg of caffeine per day. Most people can safely consume moderate amounts of caffeine.

However, too much caffeine can cause side effects, such as anxiety, restlessness, and difficulty sleeping. Some people are more sensitive to caffeine than others and may need to limit their intake. If you’re pregnant, breastfeeding, or have certain medical conditions, you may need to avoid or limit caffeine.

What are the Benefits Of Caffeine?

Here are some of the potential benefits of caffeine:

If you’re feeling tired or sluggish, a cup of coffee can help you feel more awake and alert. Caffeine blocks adenosine, a neurotransmitter that makes you feel sleepy. This is why caffeine is often used as a pick-me-up.

If you’re looking to improve your physical performance, caffeine can help. Caffeine has been shown to increase strength, power, and endurance. It can also help you burn more calories.

3. Caffeine can help you lose weight.

If you’re trying to lose weight, caffeine can help. Caffeine can increase your metabolism and help you burn more calories. It can also help suppress your appetite.

4. Caffeine can improve your mood.

If you’re feeling down, a cup of coffee can help improve your mood. Caffeine can increase levels of dopamine, a neurotransmitter that helps regulate mood.

5. Caffeine can help you stay awake.

If you’re trying to stay awake, caffeine can help. Caffeine blocks adenosine, a neurotransmitter that makes you feel sleepy. This is why caffeine is often used as a pick-me-up.

6. Caffeine can improve your memory.

Caffeine has been shown to improve memory and cognitive function. It can also help delay the onset of Alzheimer’s disease.

7. Caffeine can help you live longer.

Caffeine has been shown to increase lifespan in a variety of studies. One study found that coffee drinkers had a lower risk of death than non-coffee drinkers.

8. Caffeine can help you prevent cancer.

Caffeine has been shown to protect against a variety of cancers, including colon, liver, and skin cancer.

9. Caffeine can help you treat headaches.

10. Caffeine can have other benefits.

Caffeine has also been shown to improve fertility, reduce the risk of stroke, and protect against Parkinson’s disease.

As you can see, there are a variety of potential benefits of caffeine. If you’re looking to improve your health, caffeine can be a helpful addition to your diet.

However, Mayo Clinic also warns that consuming too much caffeine can lead to side effects such as insomnia, migraine headaches, muscle tremors, frequent urination, irritability and restlessness, upset stomach, and more.

What’s the history behind this beloved beverage? Let’s take a look…

Soda’s roots can be traced back to the early 1800s when an English chemist named Joseph Priestley discovered a way to infuse water with carbon dioxide. This created a fizzy, refreshing drink that was an instant hit with the public.

Priestley’s discovery was later brought to America by a man named John Matthews. Matthews opened the first soda fountain in New York City in 1807 and the business quickly took off.

It became even more popular in the early 1900s when new flavors were introduced. This was also the era when soda fountains became a staple in American culture. They were a popular gathering place for people of all ages and served as a meeting spot for young couples.

Today, it is still a beloved beverage by many. While its popularity has declined in recent years, it’s still a mainstay in the American diet. So next time you take a sip of your favorite soda, think about the rich history that’s behind it.

Caffeine In Coffee Vs Soda

Another difference is that coffee is a natural product. Coffee is made from beans that are roasted coffee and ground and then brewed with water. Soda, on the other hand, is made from artificial ingredients, including high fructose corn syrup, artificial flavors, and artificial colors.

Finally, caffeine in coffee is released more slowly into the bloodstream, which means it has a more gradual and longer-lasting effect. Caffeine in soda, on the other hand, is absorbed more quickly, resulting in a shorter but more intense burst of energy.

What Soda Has the Most Caffeine? 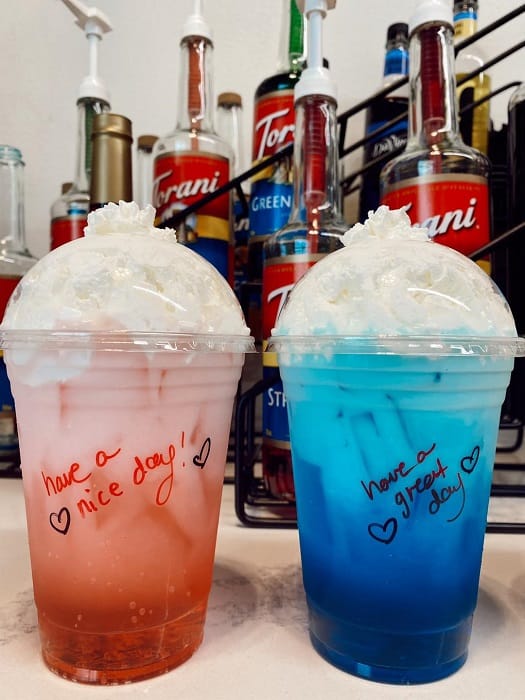 Pepsi One has been known to contain the highest level of caffeine, 57.1 mg, making it a good choice if you’re looking for a drink with a lot of caffeine. This is almost double the amount of caffeine in regular Coke.

So, if you’re looking for a soda with a little extra kick, Mountain Dew is probably your best bet. But if you’re sensitive to caffeine or you’re trying to avoid it, Sprite is a good choice.

About Caffeine in Diet Soda

Diet sodas typically contain more caffeine than their regular counterparts the same-sized, which can be a problem for people who are sensitive to caffeine or who want to avoid it.

Which is Healthier: Coffee or Soda? 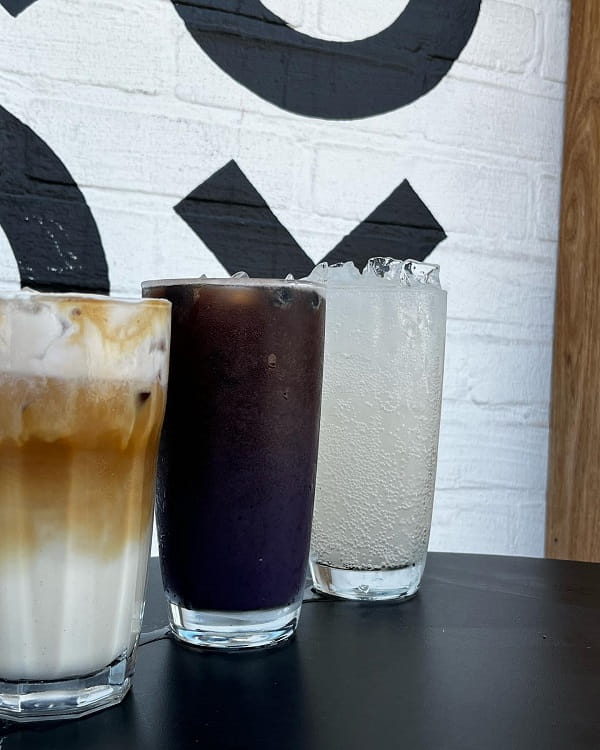 Coffee has more health benefits, but it also has more caffeine. So if you’re trying to cut down on your caffeine intake, soda is the better choice.

Coffee is a good source of antioxidants, which can help protect your cells from damage. It also contains caffeine and is a low-calorie beverage. According to the USDA, an 8-ounce cup of black coffee has just 2 calories., which can improve your mental alertness and physical performance. Coffee can also help you burn fat and calories.

Soda, on the other hand, has no health benefits. It’s full of sugar and calories, which can lead to weight gain. It can also cause tooth decay and other health problems. However, soda does have some benefits. It can help you stay hydrated and it can also provide you with a quick burst of energy.

The coffee culture started to come back in the 1980s. As it became more popular, more and more people were able to try it and enjoy its benefits. At the same time, medical researchers were discovering the negative health effects of soda and the positive benefits of coffee.

Since the year 2000, there has been a shift from soda to coffee. This is especially prevalent when looking at the data from between 2000 and 2012. In this time frame, soda consumption fell by 38 percent while coffee consumption rose by 24 percent.

When To Limit Your Caffeine Intake 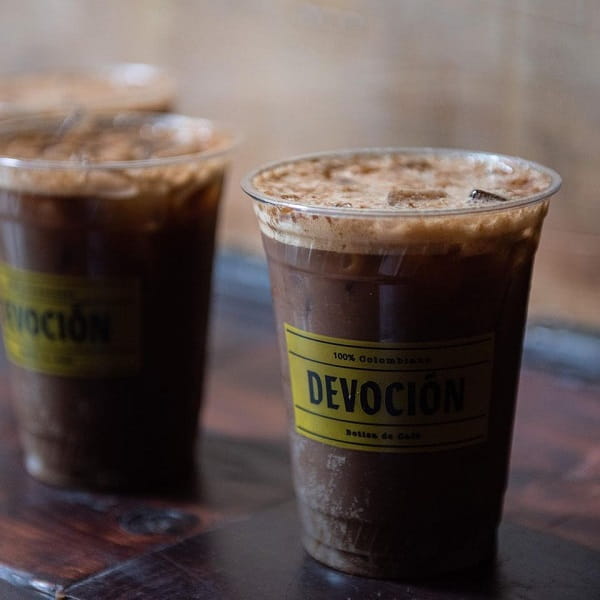 Caffeine is a stimulant that can cause increased heart rate, blood pressure, and anxiety. It is best to limit caffeine intake to no more than 400 mg per day.

Pregnant women are advised to consume less than 200 mg of caffeine daily, as excessive caffeine consumption has been linked to an increased risk of miscarriage (women who are trying to conceive should also lower their caffeine intake, too)

There are a few brands out there that make caffeine-free soda. And while they may not be as popular as the leading brands, they’re worth considering if you’re looking for a healthier option.

Yes, caffeine is considered an addictive substance. While it is not as addictive as some other substances, it can still lead to dependency and withdrawal symptoms.

Is Caffeine Bad for You?

In short, no. Caffeine is not bad for you. However, like any substance, it can be abused and consumed in excess, which can lead to negative side effects. When consumed in moderation (up to 400mg of caffeine a day), caffeine can have numerous positive effects on your health, including improved brain function, increased alertness, and a lower risk of death from degenerative diseases.

If you are concerned about the effects of caffeine, speak to your doctor.

How Much Caffeine in Decaf Coffee?

Decaf coffee has about 2-15 mg of caffeine per cup.

How Much Caffeine is in Coffee?

Does Mountain Dew Have More Caffeine Than Coffee?

Coffee And Soda: The Bottom Line 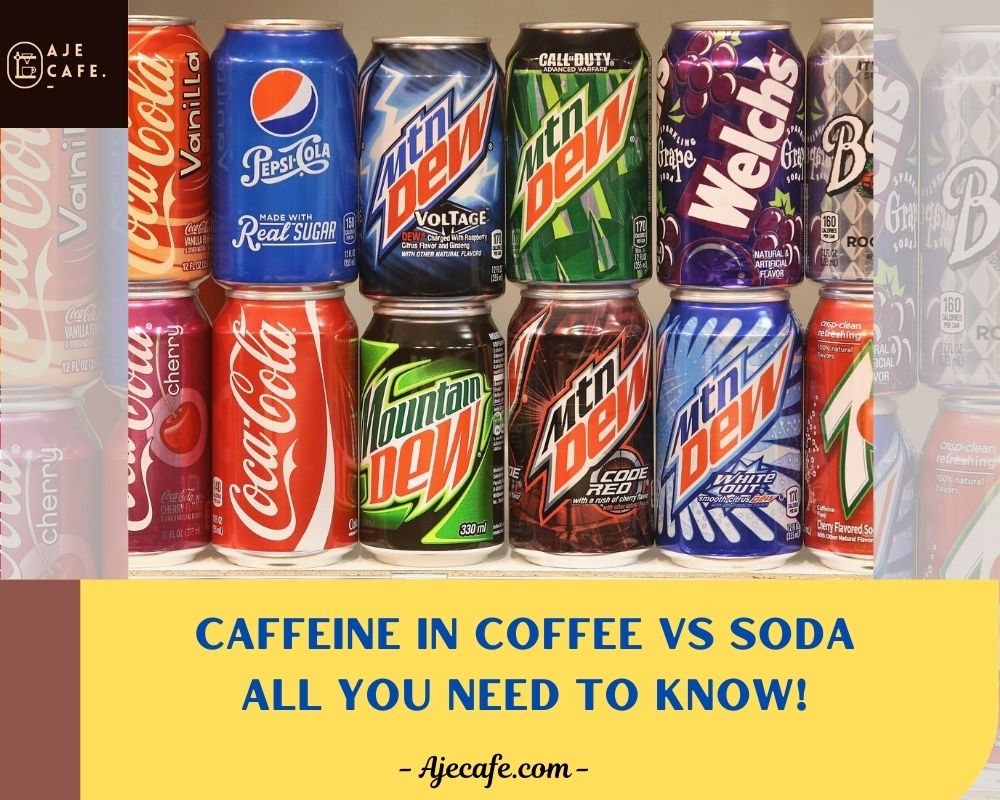 So, which is better? Ultimately, it depends on your preferences and needs. If you’re looking for a quick pick-me-up, soda may be the better choice. But if you want a longer-lasting energy boost, coffee is probably the way to go.