When it comes to choosing a refreshing and delicious beverage, two of the most popular choices are 7 Up and Sprite. Both drinks have similar ingredients, but there are some subtle differences between them, so which one should you choose?

So let’s get started! In this blog post, we’ll compare 7 Up vs Sprite to find out which is suitable for you. We’ll look at the taste, nutrition facts, and other factors to determine which is better for your needs. 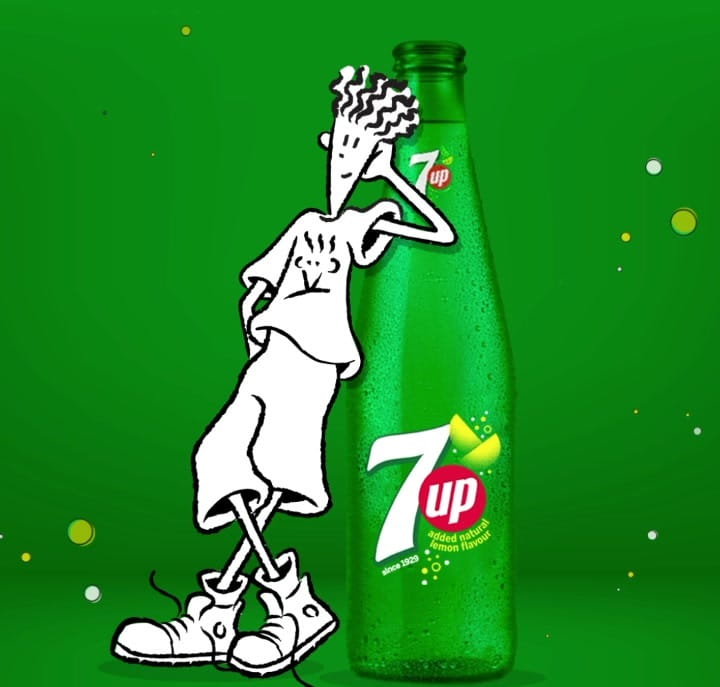 It’s a popular soft drink that has been around since 1929. It’s a lemon-lime-flavored carbonated beverage distributed by the Dr. Pepper Snapple Group. It is the third-most-popular soft drink in the United States, behind Coca-Cola and Pepsi.

It is known for its simple ingredients: carbonated water, high-fructose corn syrup, citric acid, and natural flavorings. It is caffeine-free, making it an ideal choice for people who don’t want the extra boost of caffeine. It also has a light, refreshing taste, making it a great alternative to heavier drinks.

7 Up has been around for nearly a century, and it’s become a classic. It is available in various flavors, including original, diet, cherry, and strawberry. Many people also enjoy mixing it with other drinks to create their unique beverages.

7Up is often enjoyed as a mixer but can also be a refreshing and light drink. For those looking for something a little bit different, there are also a few variations of 7 Up, including 7 Up Plus, which is sweetened with Splenda, and 7 Up Ten, which is made with natural sugar.

Sprite is different from other soft drinks because it contains no artificial flavors. It is light and refreshing with a slightly tart aftertaste. The taste of Sprite is a combination of lemon and lime, but it is not overpowering.

It is often used to mix cocktails and alcoholic drinks. It has a strong but not overpowering flavor that can help to balance out the other flavors in a drink. It is also popularly used as a mixer in fruit punches and other non-alcoholic drinks.

Sprite is often served cold or over ice. It is also often used as a topping on ice cream or served with a slice of lemon or lime. This makes it a great addition to any summertime party or gathering.

What are the similarities between 7 Up and Sprite? 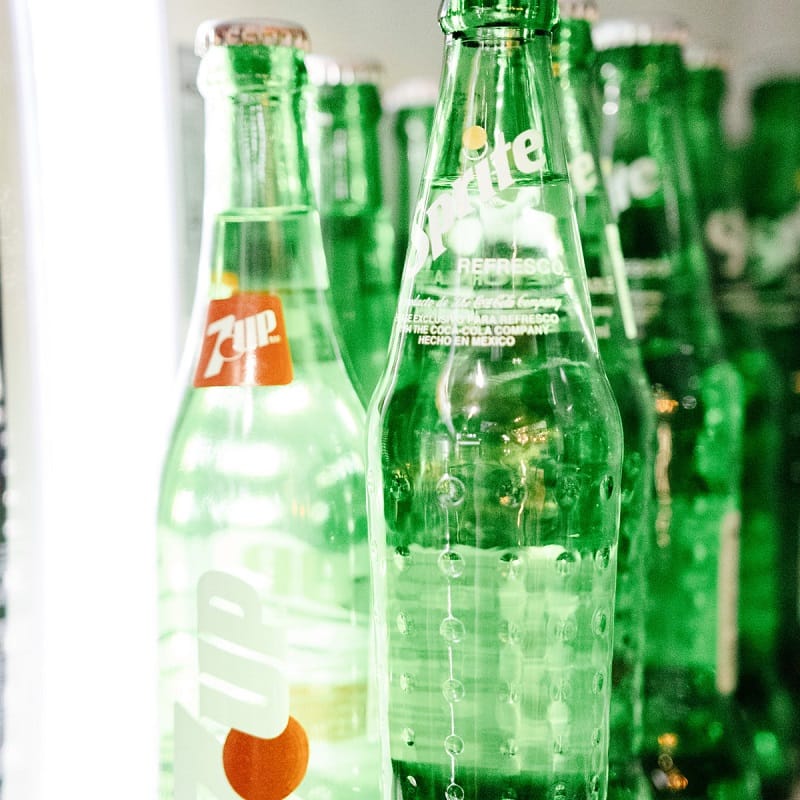 The first thing to consider when figuring out the similarities between 7 Up vs Sprite is flavor.  Both 7 Up and Sprite are lemons and lime-flavored fizzy drinks. Both have a special blend of ingredients designed to give them unique flavors. The main difference between the two is that 7 Up is a bit sweeter than Sprite, making it a great choice for those with a sweet tooth.

Another key similarity between 7 Up and Sprite is their color. Both drinks are a light green hue, making them instantly recognizable on store shelves.

In terms of flavor, 7 Up and Sprite are quite similar. Both drinks contain a unique blend of citrus flavors. If you’re a fan of citrus-flavored drinks, you’ll likely enjoy both of them.

What are the differences between 7 Up and Sprite? 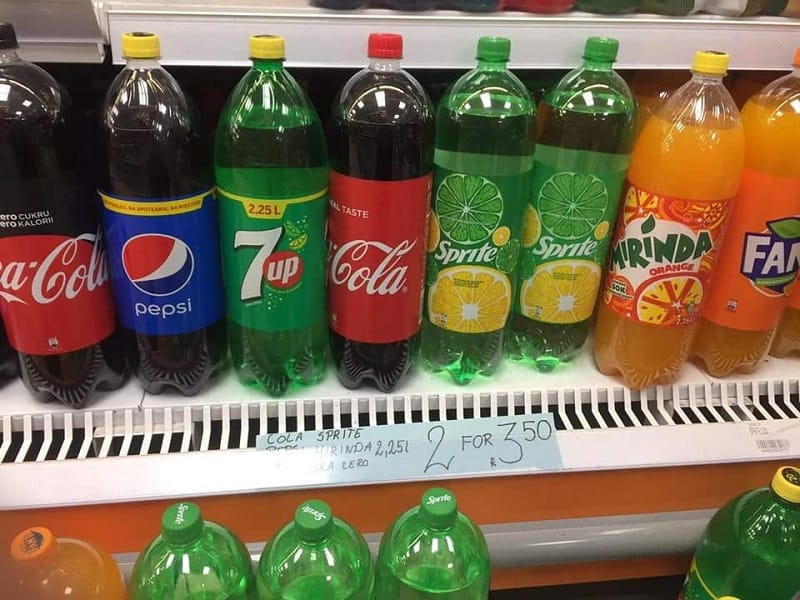 Despite their similarities, 7 Up and Sprite are two distinct drinks. 7 Up has a sweeter and more syrupy taste than Sprite, making it a better choice for those who enjoy a sweeter beverage. Sprite also has a more effervescent and citrusy flavor than 7 Up.

So if you’re looking for a low-calorie, low-sugar option, Sprite might be the better.

7 Up vs Sprite: Nutrition Facts

7up vs Sprite when sick, Which is Better?

It depends on what type of symptoms you are experiencing when you are sick. If you are feeling nauseous and want something to settle your stomach, Sprite or 7Up might be better, as they are both carbonated and can help settle your stomach. On the other hand, if you have a sore throat, you may find that the lemon in 7Up helps soothe it better than Sprite.

7Up has a higher Sprite of sodium than Sprite. While this might sound bad, it can be beneficial when feeling sick. The sodium can help replenish the electrolytes you’ve lost due to sweating, vomiting, or diarrhea.

Sprite, on the other hand, is a good choice if you’re looking for a lighter beverage. The lack of sodium makes it a better option if you’re already feeling dehydrated, and it’s also a great way to get a bit of vitamin C. The citrus flavor can also be helpful when you’re feeling nauseous, as it can help cut through the bitter taste in your mouth. Ultimately, it’s up to you and what works best for your symptoms when you are sick.

Which One is More Refreshing, 7Up or Sprite?

It depends on personal preference when it comes to which one is more refreshing – 7 Up or Sprite. Both offer a crisp, refreshing taste and have similar ingredients. 7 Up has a slightly citrusy flavor, while Sprite has a more lemon-lSpriteavor. Ultimately, it’s up to you to decide which one you find more refreshing.

Which One is Better for Mixing Cocktails: 7 Up or Sprite? 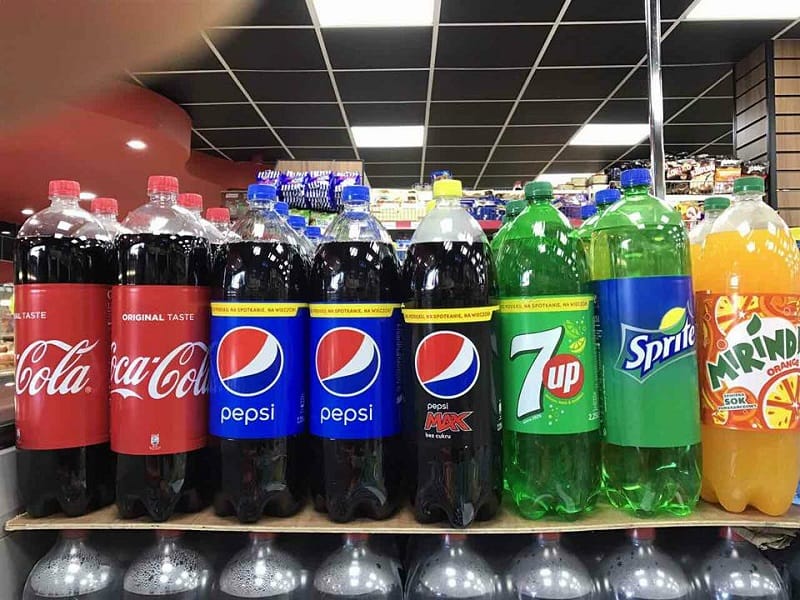 For those who want a touch of sweetness and a lot of fizzes, Sprite is the way to go. Its mild flavor and tartness make it perfect for mixing spirits and liqueurs. It also won’t overpower other ingredients, so it’s easy to tailor cocktails to your taste. If you fancy something stronger, opt for Sprite.

On the other hand, 7 Up offers a more natural flavor. It’s made with a blend of natural lemon and lime juices, which give it a subtly sweet taste. This makes it ideal for adding a mild yet refreshing twist to cocktails. If you prefer a more natural flavor, 7 Up is the better option.

FAQs about Sprite vs 7 Up

7 Up has a crisp, refreshing taste with a hint of lemon-lime flavor. It’s a great way to quench your thirst and add flavor to your meal. The taste is light and refreshing, and it’s also a great mixer for cocktails. Whether you’re enjoying it with a meal or looking for a refreshing drink to cool off on a hot summer day, 7 Up is a great choice.

SpriteSprites like a light, refreshing lemon-lime soda. It has a slightly sweet flavor with a clean, crisp finish. Its light, sparkling flavor makes it a great choice for those looking for a refreshing beverage.

Can I substitute Sprite for 7 Up?

Yes, you can substitute Sprite for 7 Up. Both beverages are very similar in flavor, and they are both made with carbonated water, high fructose corn syrup (HFCS), natural flavors, and citric acid. Sprite is slightly more tart than 7 Up, so if you use it as a substitute, you may want to add more sugar or sweetener to the drink.

Which is more efficacious for gastrointestinal distress, 7Up or Sprite?

It really depends on your personal preference. Both 7Up and Sprite are bubbly, sweetened drinks that could help to ease an upset stomach. However, 7Up is made with a higher sugar concentration and contains a citrus flavoring, while Sprite is made with a lower concentration of sugar and lemon-lime flavoring. Both are good for an upset stomach, but it depends on your preference.

Is Sprite good for health?

Sprite is generally consumed in moderation. While it is a better choice than many other sugary drinks, it is still a source of added sugar and calories, so it should be consumed in moderation. Additionally, Sprite contains citric acSpriteich can erode tooth enamel with frequent consumption. Therefore, it is best enjoyed occasionally rather than as a regular part of one’s diet.

Although Sprite does not contain artificial coloring, drinking too much soda can lead to weight gain, tooth decay, and other health issues. Therefore it’s important to enjoy Sprite in moderation for Spriteial benefits, such as mental alertness and reduced fatigue.

Is 7 UP good for health?

7 UP is generally considered a healthy beverage option, as it is low in calories and contains no added sugars or artificial sweeteners. However, it does contain high levels of sodium and phosphates, which can be detrimental to your health if consumed in excess. As with any beverage, it is best to consume it in moderation and balance it with other healthy food and drink choices.

7UP was named after the original 7 UP ingredients, which included seven ingredients: carbonated water, sugar, citrus oil, lemon juice, nutmeg, coriander, and birch. It was originally called Bib-Label Lithiated Lemon-Lime Soda and was renamed 7UP in 1929. The name was chosen to reference the drink’s seven ingredients and its lucky seven-letter length.

Sprite vs 7up Sugar

Final Thoughts on 7 Up vs. Sprite

Do you have any questions about 7 Up Vs Sprite? Let us know in the comments below.