We all know that espresso packs a punch when it comes to caffeine content. But just how much caffeine is in 4 shots of espresso?

Of course, the actual caffeine content will vary depending on the type of coffee bean used, the grind, and the brewing method. So, if you’re looking for a real caffeine hit, it’s best to go for a double shot of espresso.

This blog will answer everything about 4 shots Espresso caffeine. Let’s go! 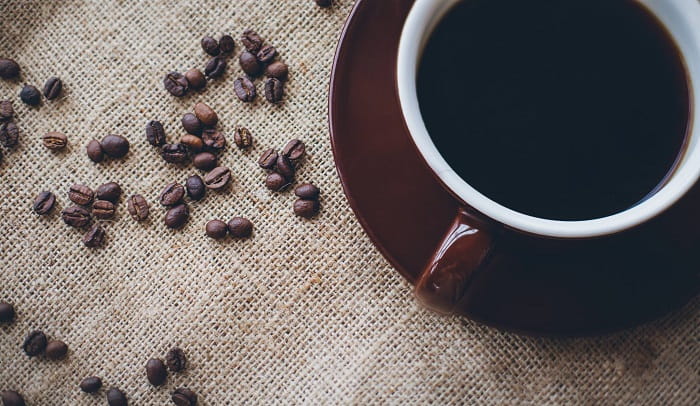 Espresso is a coffee brewed by forcing a small amount of hot water under pressure through finely-ground coffee beans. Espresso is generally thicker and more concentrated than coal coffee brewed by other methods, has a higher level of crema, and has a more complex flavor.

Espresso is made by forcing hot water under pressure through finely-ground coffee beans. The coffee grounds are usually tightly packed together in a filter, forcing the water through at high pressure. This high pressure extracts more flavor from the beans than other brewing methods.

Espresso is generally thicker and more concentrated coal coffee brewed by other methods, has a higher level of crema, and has a more complex flavor. The higher concentration of coffee and the crema gives espresso its characteristic “bite.”

Espresso is the base for many other coffee drinks, including cappuccino, latte, mocha, and Americano. It can also be enjoyed on its own. 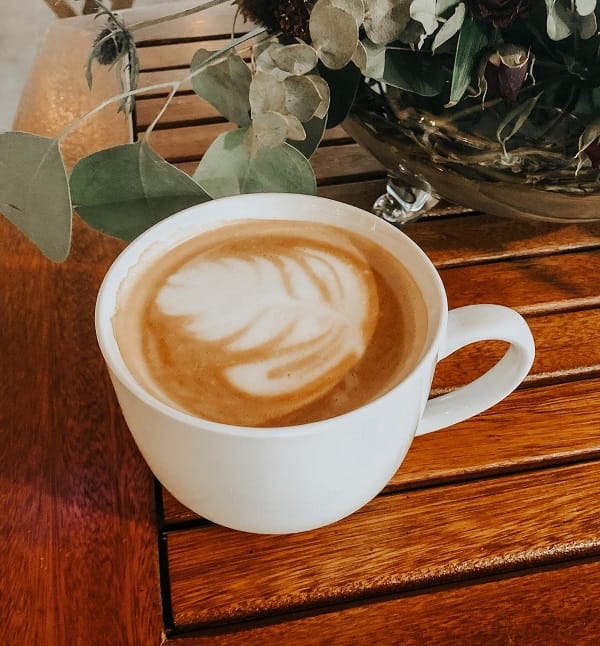 There are a lot of health benefits of espresso. For one, it is a good source of antioxidants. Antioxidants are important for your health because they help to protect your cells from damage.

Espresso is also a good source of caffeine. Caffeine is a stimulant that can help keep you awake and alert. Caffeine can also help to improve your mood and increase your energy levels.

How Much Caffeine is in 4 Shots of Espresso? 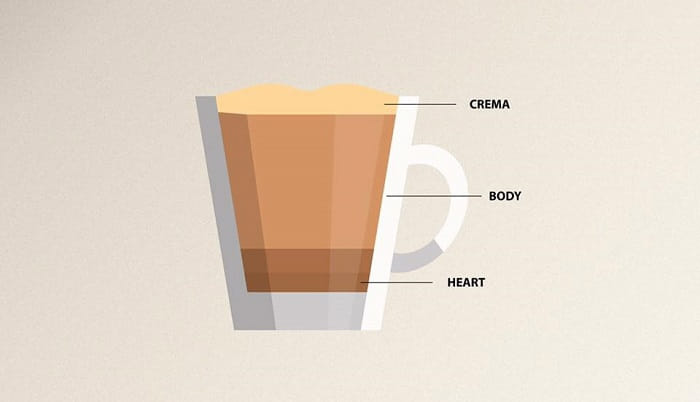 The answer is 256mg (64 mg of caffeine in 1 ounce). That’s a lot of caffeine! And it’s no wonder because espresso is made by forcing hot water through finely-ground coffee beans. This process extracts more caffeine from the beans than other brewing methods, like drip coffee.

How much caffeine is in 4 shots of Starbucks espresso?

How Much Caffeine is in a Single Espresso?

So, if you’re looking for a quick caffeine fix, an espresso is definitely the way to go. Just be warned that too much caffeine can have some pretty unpleasant side effects, so make sure to limit yourself to one or two espressos a day.

What are 4 shots of espresso called?

Many people might not know this, but there is a name for four espresso shots. It’s called a “quad.”Now, you might be thinking, “Why would anyone need four shots of espresso?” Well, there are actually a few reasons. For one, if you’re trying to stay awake and alert, four shots of espresso can do the trick. It’s also a good way to get a quick energy boost if you’re feeling tired.

How many espresso shots are too many? 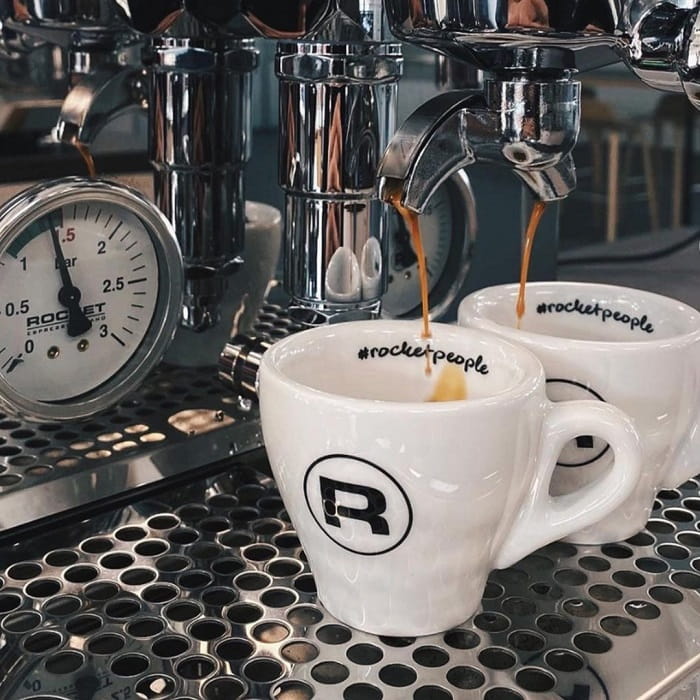 It turns out that the answer to this question is a little bit complicated. The amount of espresso that’s considered “too much” varies from person to person and depends on factors like how strong the espresso is and how sensitive you are to caffeine.

Generally speaking, most people can safely consume up to six espresso shots per day without any negative side effects. However, if you’re new to espresso or are particularly sensitive to caffeine, it’s best to start with just one or two shots and see how your body reacts.

It’s also important to remember that espresso is a concentrated form of coffee, so even a small cup can pack a powerful punch. If you’re feeling jittery or anxious after drinking espresso, it’s probably best to cut back on your number of shots.

So, there you have it! A little over six espresso shots is generally considered to be the maximum safe amount, but it’s always best to play it safe and go with less if you’re new to the drink or are particularly sensitive to caffeine.

Could I drink two double-shot espresso coffees each day?

Let’s take a closer look at the pros and cons of having two double-shot espresso coffees a day.

One of the biggest benefits of having two double-shot espresso coffees a day is that it can help to boost your energy levels. If you’re tired or sluggish, a couple of espresso shots can give you the boost you need to get through your day.

Another benefit of having two double shot espresso coffees daily is that it can help increase your mental focus. If you’re finding it difficult to concentrate on your work, a cup of coffee can help you to focus and get the job done.

Coffee is also a great tool for weight loss. The caffeine in coffee can help to boost your metabolism and help your body to burn more fat.

4. Reduces the Risk of Disease

Drinking coffee has also been linked with a reduced risk of some diseases, such as Alzheimer’s and Parkinson’s.

1. Increases the Risk of Anxiety

One of the potential downsides of having two double-shot espresso coffees a day is that it can increase the risk of anxiety. If you’re prone to anxiety, you may want to limit your coffee intake to avoid making your symptoms worse.

Another potential downside of having two double-shot espresso coffees a day is that it can cause insomnia. The caffeine in coffee can stay in your system for several hours, making it difficult to fall asleep at night.

3. May Increase the Risk of Heart Disease

While drinking coffee has some benefits, there are also some potential risks. One of the risks is that it may increase the risk of heart disease.

4. Can Stunt Growth in Children

Coffee can also stunt the growth of children. If you’re pregnant or breastfeeding, you should limit your coffee intake to avoid the potential risks to your child.

Espresso vs. Coffee: Which Has More Caffeine?

Here’s a look at the caffeine content in a few popular types of espresso and coffee:

Espresso is the way to go if you’re looking for a caffeine boost. But coffee is better if you’re trying to cut back on caffeine.

How Much Is Caffeine Too Much?

While there is no definitive answer, the general consensus is that 400mg of caffeine per day is safe for most adults. That’s the equivalent of four cups of coffee.

However, everyone is different; some people are more sensitive to caffeine than others. So, it might be time to cut back if you’re starting to feel jittery or anxious.

It’s also important to remember that other sources of caffeine, such as energy drinks and chocolate, can add up. So, if you’re already hitting your limit with coffee, you might want to lay off the other caffeine-containing foods and drinks.

How Many Shots of Espresso are in a Venti?

The answer is two shots. A Venti contains two shots of espresso, which is more than enough to give you a nice caffeine boost.

Of course, if you’re not a fan of strong coffee, you can always ask for your Venti to be made with less espresso. Or, you can go for a different size altogether.

How Much Caffeine is in a Venti?

For those who don’t know, a Venti is a 20 oz cup of coffee from Starbucks. So how much caffeine is in a Venti? Well, according to Starbucks’ website, a Venti contains 415 mg of caffeine. This is a lot of caffeine, and it’s worth mentioning that the FDA recommends that adults consume no more than 400 mg of caffeine per day.

So, if you’re sensitive to caffeine, you may want to avoid drinking a Venti. However, if you’re looking for a strong cup of coffee, a Venti may be right up your alley.

How many shots of espresso will kill you?

So, if you’re drinking that much coffee every day, you’re probably not going to die from it. But it’s still not a good idea.

Caffeine is a stimulant; too much of it can lead to anxiety, palpitations, and insomnia. It can also cause digestive problems, and it’s thought to be addictive.

How long does it take for caffeine to leave your system?

However, there is a wide range of individual variations. For some people, the half-life of caffeine may be as short as 3 hours, while for others, it may be as long as 8 hours.

However, if you consume a lot of caffeine, it can take up to 10 hours for it to be completely eliminated from your body.

So, if you’re wondering how long it takes for caffeine to leave your system, the answer is that it depends on the person.

How many calories are in an espresso?

A typical espresso contains about 3 calories per fluid ounce (30 g). However, the calorie content can vary depending on the type of coffee beans used, the amount of coffee used, and whether milk or sugar is added.

How much caffeine is in a decaf espresso?

A decaf espresso can have up to 10 milligrams of caffeine. That’s about the same amount of caffeine as a cup of decaf coffee. It’s also worth noting that the caffeine content in coffee can vary depending on the beans and the brewing method.

Is 4 shots of espresso a lot of caffeine?

It might sound like a lot, but it’s actually about the same as four cups of coffee. So, if you’re used to drinking coffee all day, you shouldn’t have any problem handling a few shots of espresso.

Do Starbucks double shots have caffeine? 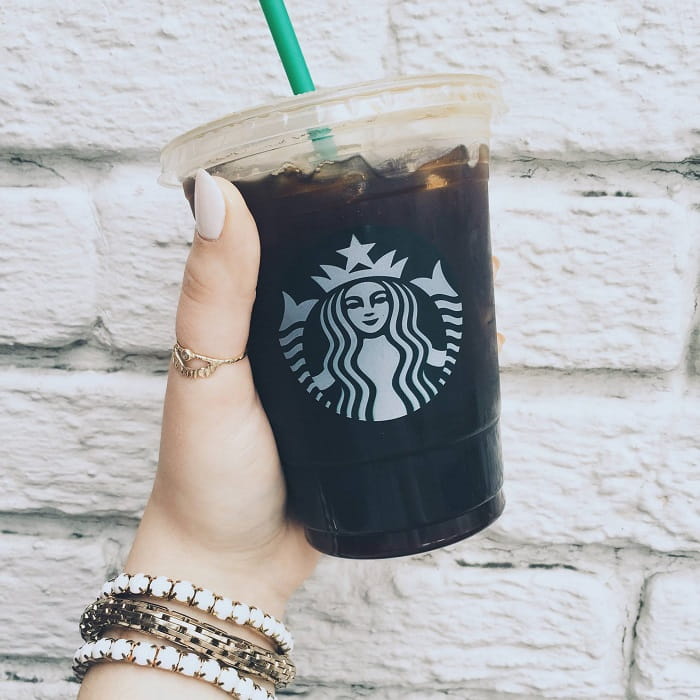 How long will 4 shots of espresso last?

A new study has found that four espresso shots will last up to two hours.

What is the strongest espresso drink?

Ristretto is a type of espresso that is made with less water. This results in a strong, concentrated shot of espresso.

Does espresso keep you awake?

Espresso is often used as a pick-me-up because it contains caffeine, a stimulant that can keep you awake and alert. However, espresso also has other properties that may help keep you awake.

The first is that espresso has a high concentration of coffee beans. This means more caffeine is in a small cup of espresso than in a large cup of regular coffee.

The second is that espresso is usually served piping hot. The coffee’s heat can help wake you up and keep you alert.

How long does it take for espresso to kick in?

So, there you have it! Everything you need to know about 4 shots espresso caffeine. Now, go out and enjoy your favorite cup of joe!